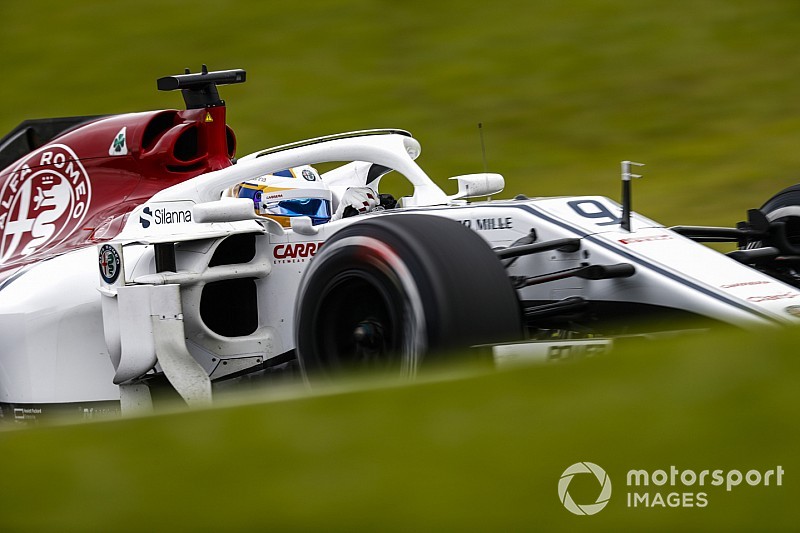 Sauber is looking for a driver to share the reserve role with Marcus Ericsson in 2019 because the Swede's IndyCar commitments mean that he won't be available for many of the Grand Prix weekends.

Ericsson was announced as Sauber's reserve when Antonio Giovinazzi was confirmed as a race driver last month, but he has subsequently landed an IndyCar seat with Schmidt Peterson Motorsports.

There are eight clashes between the F1 and IndyCar schedules in 2019, and other weekends where it would make little sense for Ericsson to travel to a grand prix just be on standby.

However, he would be free for the last six races of the year, after his US commitments end in September.

Former Sauber race driver Pascal Wehrlein has been mentioned as a possible candidate for the job, which could potentially be linked to a Ferrari test/development role.

However, team boss Fred Vasseur denied the suggestion that the German could return to the Swiss team, while admitting that it will be hard to find another qualified candidate who has a superlicence.

"Honestly we never spoke about this," Vasseur told Motorsport.com. "And if Wehrlein did the simulator role for Ferrari I think he would stay in the factory. OK, Monza and Monaco you can do it.

"The strategy for me would be alongside Marcus to try to invest more in a young one, to try to prepare for the future. It will be much more this philosophy than anything else.

"But now it's quite difficult to find someone with 40 [superlicence] points!"

Vasseur is not concerned about not having full time reserve cover in 2019: "We were in this situation in some events this year."

Vasseur said it was good that Ericsson will stay race sharp if he is needed at some point next year.

"It's quite tough to do nothing and wait, although Paul di Resta did it last year and he was very impressive. But I think it's no an easy situation. To stay with the pressure of the races is probably the best thing.

"We will see with the calendar what will be the priority for Marcus. He will be linked to the team in any case, and we will keep a strong relationship."