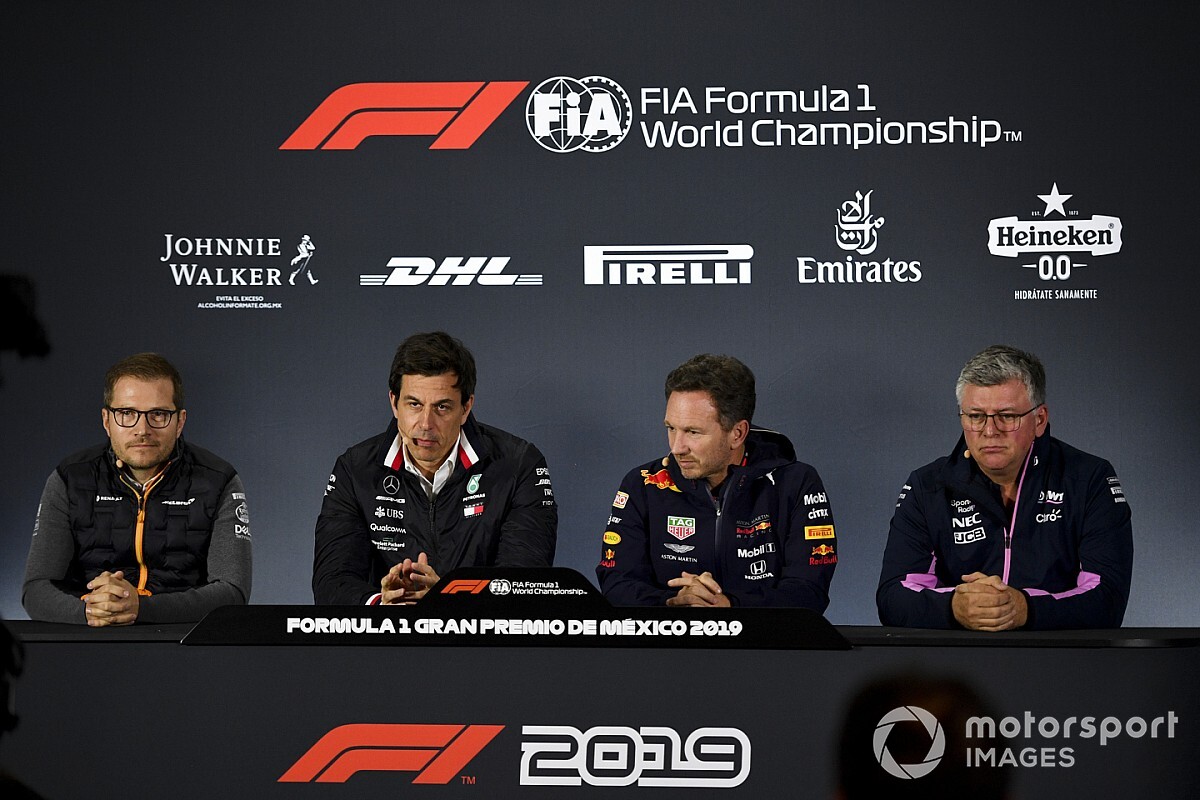 Leading Formula 1 teams wanted the championship's major rules overhaul delayed to 2022 to refine "underdeveloped" and "not very mature" ideas, while still committing to a cost cap for 2021.

F1's stakeholders met in Paris last week to continue negotiations over sweeping rule changes planned for 2021, with the meeting the last time for teams to lobby for amendments amid concerns the regulations are not ready to be published at the end of October.

One of the ideas tabled was to hold off on implementing new technical and sporting rules until 2022 but bring in the $175m budget cap for 2021 as planned.

The idea behind this would be to stop bigger teams spending money next season to prepare for 2021 and have an immediate advantage over smaller outfits when the new rules are meant to close the field up.

It would also allow more discussion over areas of the rules that several parties are unhappy about.

However, it is believed to have been dismissed by F1's rulemakers, with Red Bull team boss Christian Horner saying "we've missed a bit of an opportunity".

"With hindsight we would have been better bringing the cap in first for 2021 and taking more time to develop these regulations and bring them in for 2022," said Horner in response to a question from Motorsport.com about the implications of teams spending more money ahead of the budget cap.

"It's impossible to bring that cap forward into 2020. You'll never achieve agreement on it.

"The budget cap is ultimately a sensible thing for F1 but the interim period of 2020 with the current regulations we have as teams build up for 2021, with unrestricted spend, makes it a very expensive year.

"An opportunity has perhaps been lost to have had that process more controlled under the cap, and delay these regulations and evolve them."

Horner said that there's some "great stuff" among the 2021 proposals but added: "The car and the concept looks very underdeveloped at the moment.

"Another 12 months taken to develop that concept and bring in something that works, perhaps addresses some other issues like weight, would have been perhaps a more beneficial approach."

Horner's views were supported by Mercedes team boss Toto Wolff, who agreed that having the cost cap in 2020 to restrict spending ahead of the new rules was not viable.

"But as Christian said, I think they [the new rules] are not very mature," said Wolff.

Asked by Motorsport.com if he felt delaying the 2021 rules was possible, Wolff said: "I don't think the regulations are going to be stopped. It's been made very clear that this is moving forward.

"There will be tweaks and changes in detail and interpretations. But broadly, it's moving forward."

Smaller F1 teams appear split on whether delaying the rules would be a good solution.

Racing Point team boss Otmar Szafnauer said it would be a "sensible thing to do" but considered the chance of that happening to be "small".

However, McLaren and Williams are opposed to any further delays.

McLaren team principal Andreas Seidl said: "We like what is on the table now, what's coming in on the technical side, sporting side and financial side.

"We're just waiting now for the 31st of October, to see the publication of these regulations, and see what we have to work to for 2021 onwards."