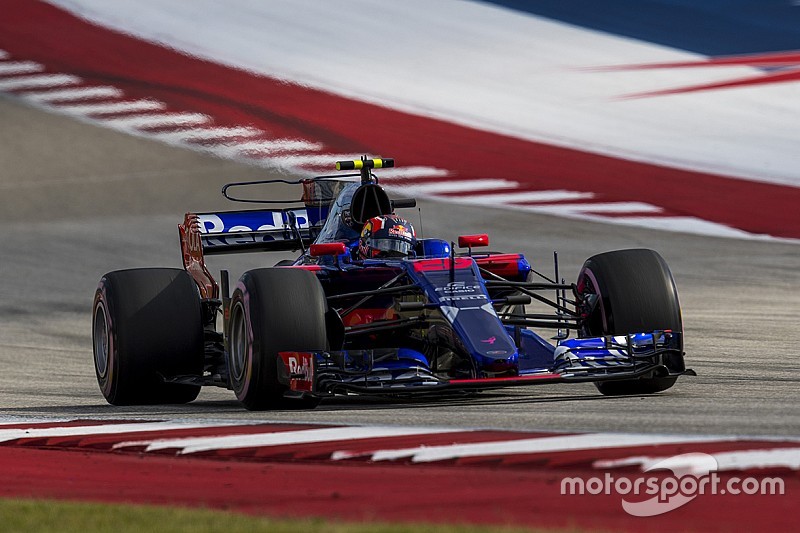 Daniil Kvyat will be reunited with the Toro Rosso Formula 1 team in the post-season Pirelli tyre test in Abu Dhabi.

Kvyat has been re-signed by Red Bull to drive for its junior team next season, after being dropped in late 2017. The Russian will prepare for his third spell at Toro Rosso by driving for the team on day two of the Yas Marina test this month.

“Every mileage you can do in the car is good for him,” Toro Rosso team boss Franz Tost told Motorsport.com. “[The intention is] to give some mileage and to learn new tyres, to get a picture of what is going on with the car, although next year’s car is a different car because of aerodynamics.

“Nevertheless it is always good to do some mileage in the car.”

The Abu Dhabi test is the only opportunity to test on-track before official pre-season testing next year, with the likes of Lance Stroll (unconfirmed but expected to join Racing Point Force India), Charles Leclerc (Ferrari) and Kimi Raikkonen (Sauber) all in the frame to get seat time at their 2019 teams.

Kvyat has not completed a seat fitting yet but will do so in the next two weeks.

He has worked as a Ferrari development driver this season, a role that included one day of wet-tyre testing at Fiorano in April.

Kvyat has not driven for Toro Rosso since scoring a point in the 2017 United States Grand Prix.

He was dropped for the final three rounds as Red Bull placed Pierre Gasly and Brendon Hartley at Toro Rosso then signed them both full-time for 2018.

Kvyat has earned a third shot, having been demoted from the Red Bull senior team to Toro Rosso in 2016, as Red Bull is short of options for next season following Gasly’s promotion to replace Daniel Ricciardo.

The second Toro Rosso driver for 2019 is yet to be confirmed, although Brendon Hartley is expected to be replaced by current Formula 2 frontrunner Alexander Albon.

Red Bull has been negotiating with the Renault e.dams Formula E team for Albon to be released from the three-year contract he signed to race in the electric single-seater series in the summer.

Albon skipped FE pre-season testing in Valencia and Red Bull is believed to have committed to running the British-Thai driver, subject to Nissan confirming it will annul its contract.

Hartley has regularly insisted he has a valid contract for next season.