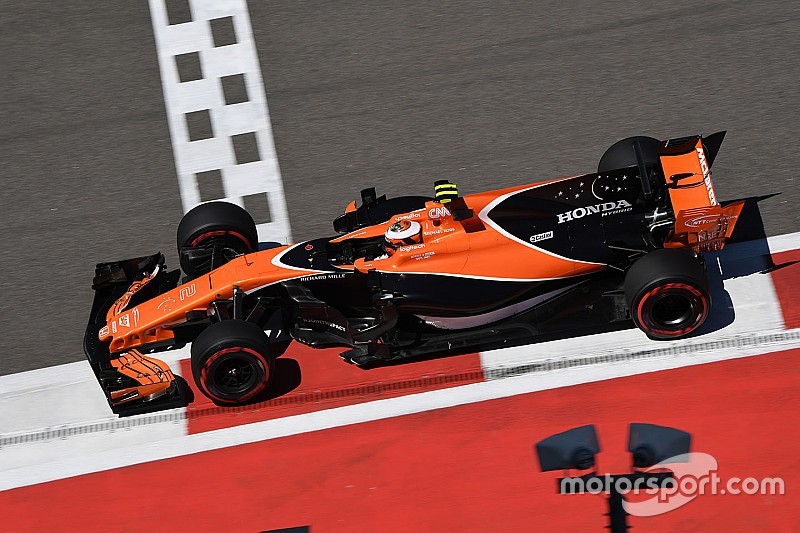 In his latest Motorsport.com column, McLaren driver Stoffel Vandoorne recalls a Russian Grand Prix weekend that started with a massive grid penalty but ended with the positive of a race finish.

Seeing the chequered flag at the end of the Russian GP was a small boost for myself and the whole of the McLaren-Honda team – although obviously we want to do so much better.

Considering our position, it is positive we finished the race. We had a solid Sunday afternoon to come home 14th, and there were no big issues. It was important to get mileage for the team as well, and to go through a lot of data after this weekend will be extremely important.

But Fernando Alonso not being able to start the race shows we are still not in a good position and that there is still a lot of work to be done on reliability.

We had arrived in Russia on the back of a pretty good test in Bahrain. On the final day of running there we didn’t have many problems and had our best day of the year so far, so I was hoping we could repeat that throughout the Sochi weekend.

Unfortunately, we had a failure at the end of practice one that meant we would need a power unit change. So we knew even before the weekend had properly started that we were going to start from the back of the grid.

That compromised a little bit our run programme in terms of preparation, because the focus was maybe a little bit more towards the race than it was towards qualifying.

But I think the key during the practice sessions was understanding the tyres and the tyre warm-up, and especially managing them through the last sector. It was not easy for anyone to understand because the conditions were changing all the time.

The start to my race was quite good I think. I gained a couple of positions on the run down to the first braking zone, but then I had to avoid the accident between Jolyon Palmer and Romain Grosjean.

After I ran off the track to avoid them, I didn’t go through the bollard chicane that was there so I received a five-second penalty. In the end, though, it didn’t really change much for us.

During the early stages we were quite competitive, following the Williams, Toro Rosso and Haas cars in front. But when we had to start fuel saving, we lost quite a bit of laptime and we started to drop back a bit.

We know our package at the moment is not strong enough yet, and the result from Russia is realistically more or less what is possible right now. We are quite slow on the straights and there is a lot of laptime we are losing with that.

So I think we are all waiting a little bit, and hopefully some big updates will come on the power side soon.

In Spain there will be a lot of new aero upgrades, and there should be some improvements to the engine too – but I don’t know how big or small they are.

For now, we will keep working hard and do everything we can to improve.