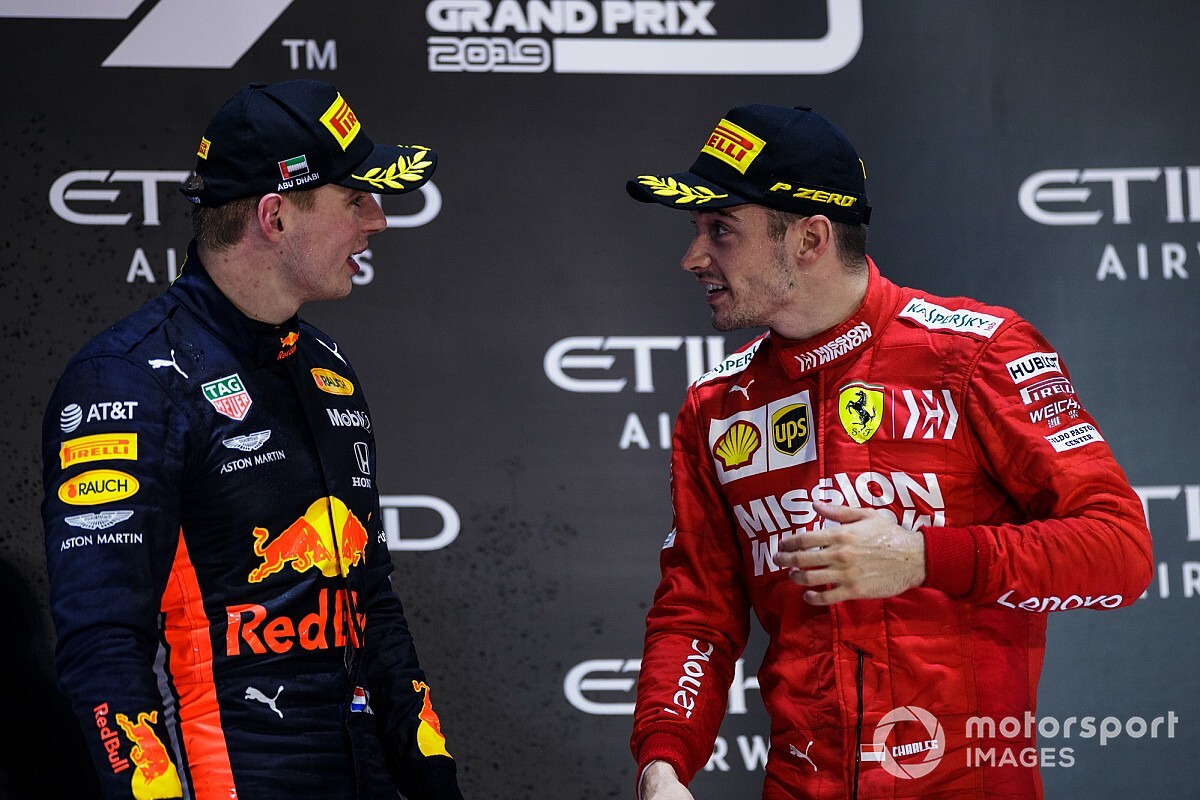 Max Verstappen has ruled out the idea of him ever driving alongside Charles Leclerc at Ferrari – saying it is wrong for teams to have two 'number one drivers'.

The Dutchman is one of several top-line drivers who is out of contract at the end of 2020, and he has emerged as a leading candidate for either Ferrari or Mercedes if he elects to leave Red Bull.

With Leclerc under contract until the end of 2022 – and talks underway for his deal to be extended until 2024 – a move there for Verstappen would pit him against his long-time rival.

Speaking to Dutch channel Ziggo Sport, though, Verstappen reckoned that Ferrari was off the table for him because there would be little sense in him being slotted in alongside the young Monegasque driver.

Asked if Ferrari wouldn't want him because of the risk of trouble with Leclerc, Verstappen said: "I think that won't happen anyway. I think that you shouldn't have two potential number ones driving next to each other."

Verstappen's remarks about a team not having two number ones would also suggest he does not see an opportunity to be Lewis Hamilton's future teammate at Mercedes either.

However, he thinks that such a call would ultimately be down to the team management – and Mercedes could well decide that the box office attraction of pitting Hamilton and Verstappen together would outweigh any negatives of friction.

"Well, who knows?" said Verstappen, when asked about the idea of being Hamilton's teammate. "At the moment I don't think about this too much.

Verstappen says he is impressed with the job that Hamilton has done to take six world championship titles, but is equally well aware of how good the Mercedes car has been.

He believes that almost two-thirds of the grid would have been champion if they were lucky enough to be in Mercedes.

"That's because it's purely down to the car. Sixty percent of the grid, if they are in a Mercedes, they also would become world champion," he said.

He added: "I also have the confidence to say that if I would have been in that car, it also would have happened like that.

"But he [Hamilton] is certainly very good, absolutely, and he also belongs to the top Formula 1 drivers of all time. But what I wanted to point out was that the car is so dominant that, like I said, sixty percent of the grid [can win in it]."

The five best race drives of the 2019 F1 season 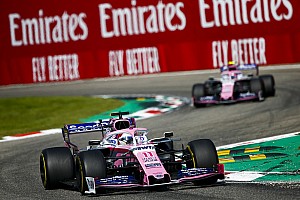