© 2021 Motorsport Network. All rights reserved.
TV Tickets Fashion Giorgio Piola Jobs
Previous / The support series tech that could save F1 Next / From refugee to Formula 1, via McDonald’s
Formula 1 Breaking news

Williams has finished in the top five of the constructors' championship for the past four season but endured a painful performance deficit this year and is last place with just four points, scored by Stroll in Azerbaijan.

Stroll made his grand prix debut with Williams at the start of last season and scored a maiden podium in Baku to complement a successful junior career that includes the 2016 European Formula 3 title.

However, like rookie teammate Sergey Sirotkin, he still receives criticism for his place in the team because of his strong backing.

"I'm not entirely sure what the public perception is," Stroll told Motorsport.com. "All I can say is that we're having a tough year, but the people involved in the team know that.

"Last year I was capable of getting the car to the points consistently and on a regular basis and this year I have good starts and get further up the grid and just kind of drop back.

"I don't really think that experience is much to do with that.

"There are so many engineers and people in F1 who impact the car, I think the drivers are the easy one to blame but if you had an experienced driver you'd find something else to blame.

"There's always an easy target to blame, but we're in the situation we're in, we have to get out of it and that's all I can really say."

Stroll's place at Williams has come with family money, but his future appears to lie elsewhere as his father Lawrence has led a consortium to save the Force India team from administration.

The younger Stroll, who is still only 19, is certain he can prove he is better than the 2018 results have made him look.

"Only time will tell whether I get that opportunity or whether I can get everything out of it," he said.

"Last year, I was getting better results being a worse driver than I am this year. In my eyes that sums it up."

Williams had to enact a 'recovery programme' this season because its FW41 has suffered with aerodynamic stalls at the rear since its inception.

That has forced the team to troubleshoot problems at grands prix.

"At certain times this year we have changed our approach just to look for more lap time and we haven't always followed the structured plan for the course of the weekend like we normally would," said Stroll.

"If you're chasing lap time, you have to deviate from the plan a little bit.

"As a team this year we have always been looking for lap time and trying to get the balance together and get the car operating at its best." 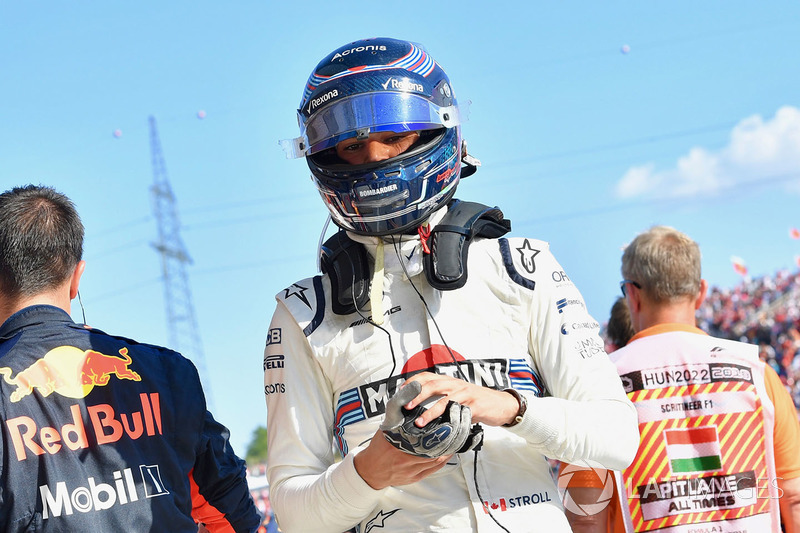 The support series tech that could save F1

From refugee to Formula 1, via McDonald’s