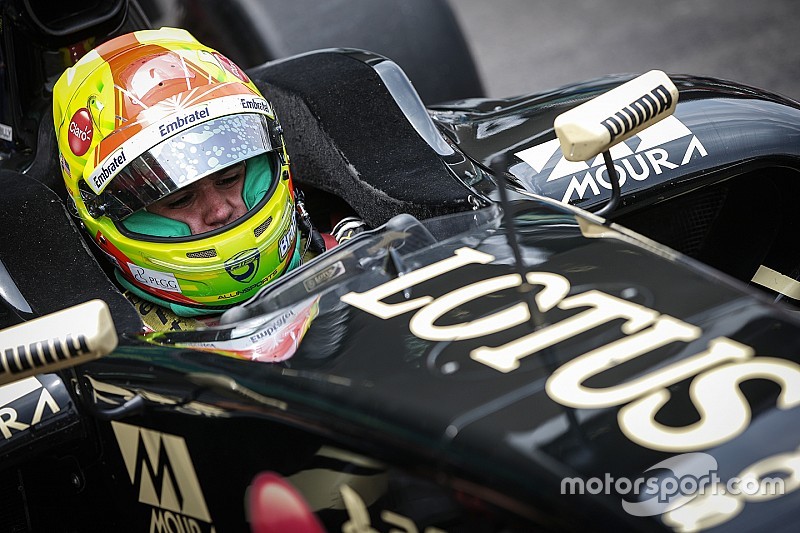 Pietro Fittipaldi has taken a brace of Formula V8 3.5 pole positions in Mexico City after a dominant lap secured a first place start for race two.

Lotus driver Fittipaldi, who was watched on by his grandfather Emerson, claimed his 10th pole of the season with a lap of 1m30.635s.

Egor Orudzhev was the only other driver to set a time in 1m30s with a 1m30.759s. It looked like the SMP Racing driver had a chance of improving on his final lap but a big slide going into the stadium section spoiled the lap.

On the second row, Alfonso Celis claimed third place on home soil, followed by the second Lotus of Rene Binder, who overcame engine issues that blighted his first qualifying session to set a 1m31.148s.

Fifth and sixth places went to Alex Palou and Diego Menchaca. The pair were unable to match the pace of the cars ahead on a track that had benefitted from 90 minutes of running by the World Endurance Championship.

Matevos Isaakyan couldn't emulate his result in the first qualifying session either and was more than one second off Fittipaldi’s pole time, finishing in seventh after a number of off-track moments during the 30-minute qualifying.

Joining him on the fourth row is Yu Kanamaru, who edged out Konstantin Tereshchenko by 0.065s with just a few minutes of qualifying remaining.

Completing the grid is Roy Nissany and Giuseppe Cipriani.

Queensland Raceway front staight to be named after Dick Johnson