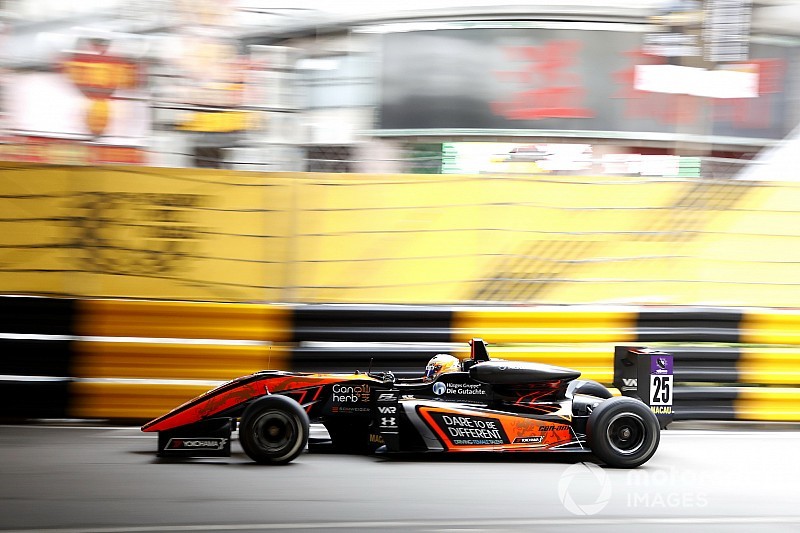 The van Amersfoort driver’s car was launched into the air over Sho Tsuboi's and flew over the barriers and into a photographers bunker at barely abated speed, having lost its wheels in a crash earlier down the straight.

Footage of the incident showed that Floersch’s car ended up back on its wheels, and the race was stopped immediately.

There was no immediate news of Floersch’s condition.

As well as attending to Floersch, the catch fencing had been ripped apart in the accident so would need to be repaired before any restart.

Pole position man Dan Ticktum was leading the race when the race was stopped.