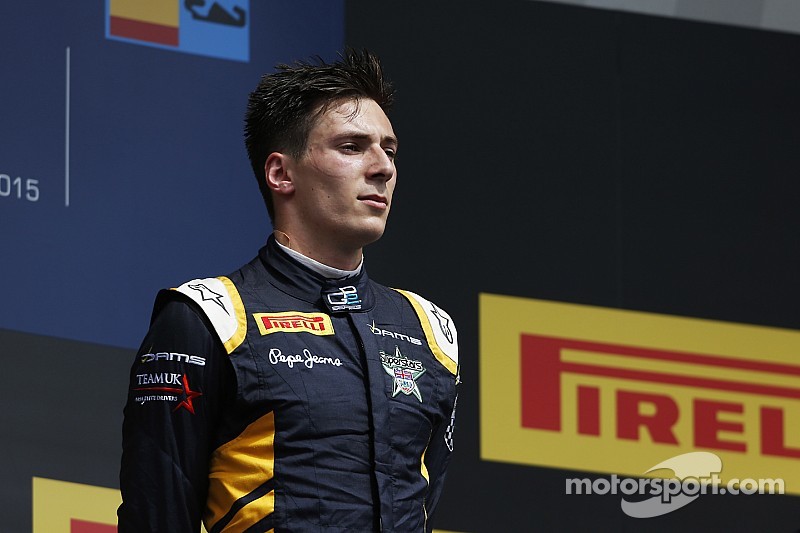 A double top-3 finish on this weekend has put DAMS team right back in the fight for the two championships.

After Sébastien Buemi's and e-dams-Renault's stunning victory in Monaco Saturday the DAMS GP2 team had to come up with the goods in Catalonia. It did so in style with Alex Lynn's win and Pierre Gasly's third place in the sprint race. This double top-3 finish has put the drivers (Lynn 5th and Gasly 7th), and the team (4th) right back in the fight for the two championships.

On Friday in Barcelona DAMS recovered from its low-key start to the season in the best possible manner in Bahrain as Alex Lynn qualified second and Pierre Gasly third behind the leader and favourite for the GP2 title, Stoffel Vandoorne. However, in the main race on Saturday the DRS systems were perturbed by a computer breakdown, which hit the whole field and the two DAMS' drivers particularly hard after their pit stops.

It helped us to show our true face and our real level of performance.

Nonetheless, their fifth and seventh places at the finish left them in a particularly strong position for Sunday's race. Lynn took full advantage of this and he made a great start passing pole sitter Nato on lap 2 after which he held off Vandoorne. Gasly suffered wheelspin at the start which slowed his getaway and he fell back to fourth.

But the young Frenchman fought back and he soon snatched third place which he held to the chequered flag. After the first round in Bahrain where the DAMS rookies were given a fiery baptism they got their challenge back o n the rails and it's only the start of their fight to the front!

François Sicard, Managing Director: "I'm very satisfied with the team's reaction after our disappointing weekend in Bahrain. We've got our challenge back on track and our season really started this weekend. It's a pity that we had to cope with the DRS problem on Saturday, but everything went like a dream on Sunday. Alex drove a stunning race and controlled the gap to Vandoorne to perfection as well as his tyre wear. A big bravo to Pierre; his first top-3 finish won't be his last! Now, we'll head for Monaco in a much more confident frame of mind."

Pierre Gasly: "Obviously I'm happy with my first top-3 finish as it's a reward for all the team's hard work. This being said I feel a bit disappointed because of my start which was far from perfect. Perhaps I could have done a lot better. On the other hand, I'm pleased with my progress in getting to know the car and above all, the tyres. I feel I'm gaining experience; it bodes well for the coming races in the championship."

Alex Lynn: "I'm very happy with this victory and I'd like to say a warm thanks to the team who gave me an excellent car all weekend. It helped us to show our true face and our real level of performance. Of course, I'm a bit frustrated with Saturday's race, but what I'll remember is our success on Sunday. We've made a lot of progress in the setups and tyre management. This helped me to control Vandoorne throughout the race and that's very satisfying. I can't wait to be in Monaco!"

GP2 and GP3 set to join WEC in Bahrain