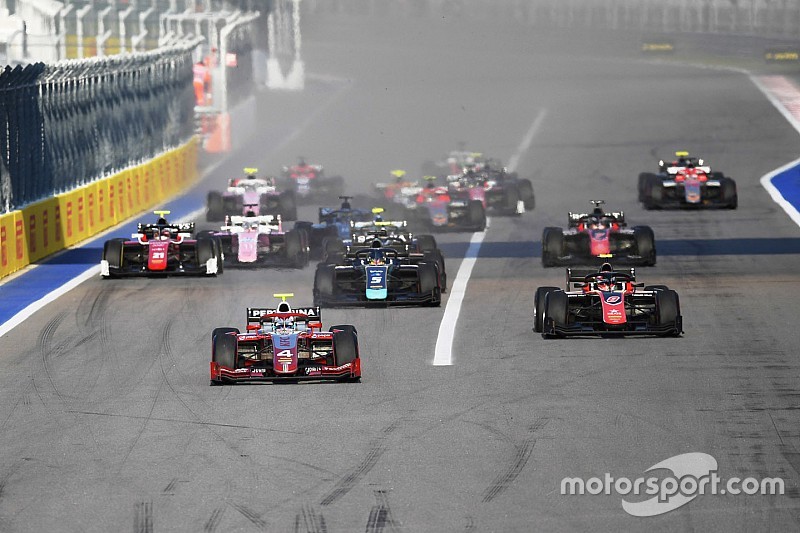 The FIA has announced the 2019 calendars for its new GP3-replacement Formula 3 and Formula 2.

As predicted by Motorsport.com, FIA F3 finishes earlier than its GP3 predecessor to leave a potential gap for the Macau Grand Prix.

The eight-event FIA F3 schedule concludes with the Russian Grand Prix Formula 1 support slot on September 27-29 next year, whereas GP3 had run until the Abu Dhabi GP weekend in late November in recent seasons.

That allows for the possibility of the Macau GP running to FIA F3 rules.

But Macau organisers are understood to currently be leaning towards sticking with the previous generation F3 cars - which will still be used in Euroformula Open, the renamed Formula European Masters series and Japanese F3.

The greater weight and power of the FIA F3 cars means they will carry more momentum, and Sophia Floersch's huge accident in this year's Macau event raised concerns about the safety implications of switching to the new cars.

There was already reluctance to make the circuit changes Macau requires to move up to the FIA Grade 2 rating that the new F3 requires for its tracks.

The Macanese government is believed to be keen to work with the FIA, meaning the issue of which 'F3' rules the 2019 race will run is yet to be resolved.

The 2019 F2 calendar follows the same pattern as this year's, supporting the same 12 F1 events beginning with Bahrain and ending with Abu Dhabi.

The FIA F3 schedule matches the 2018 GP3 calendar minus Abu Dhabi, so the new category begins with a Spanish GP support round in May.