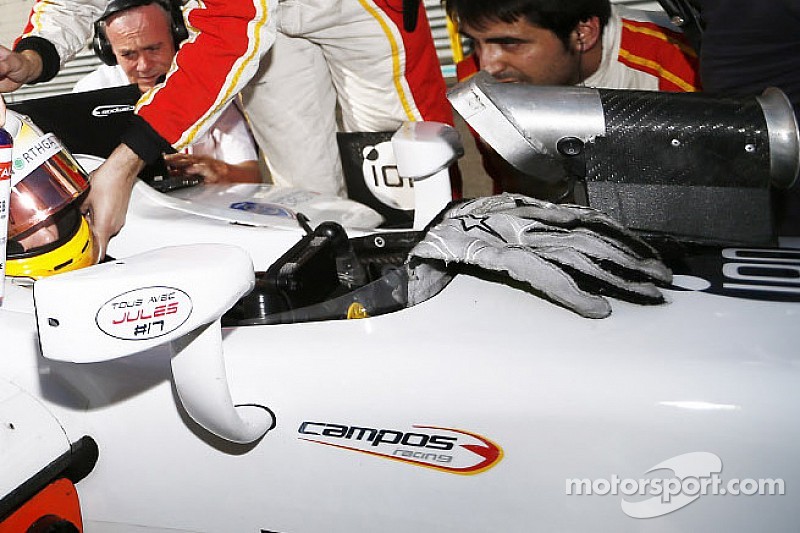 GP3 Series organisers are pleased to announce that Campos Racing have been allocated an entry for the 2015 GP3 season. The Spanish team who also successfully returned to GP2 Series this year will replace Hilmer Motorsport in GP3.

Campos Racing will make their first appearance in the GP3 field at the first pre-season test session next year with the GP3/13 cars.

GP3 Series CEO Bruno Michel commented: “I am pleased to welcome Campos Racing to the GP3 Series. They have shown their pedigree in GP2 and I’m sure they will be a great addition to the GP3 grid. I’m convinced that thanks to their expertise they will adapt quickly to GP3 and will work hard over the winter to be fully prepared for a busy season. I would like to take this opportunity to thank Franz Hilmer and his GP3 outfit for their hard work which will continue in GP2 next season.”

Campos Racing Team Principal Adrian Campos added: “I am very happy that we will participate in the GP3 Series for 2015. I would like to thank Bruno Michel for giving us this opportunity. Campos Racing will now compete in in two of the most competitive Series’ worldwide with GP2 and GP3 next season.”

Hilmer Motorsport Team Principal Franz Hilmer said: “It has been a difficult year for Hilmer Motorsport in GP3 and I would like to thank everyone who was involved in the GP3 project for their dedication, hard work and effort. We struggled a lot with our GP3 team which we took over quite late, just some weeks before the start of the season. It made things more difficult for us in every way.

Following in-depth discussions with Bruno Michel, he informed me that Adrian Campos was potentially interested to run a GP3 Team with Campos Racing. I know Adrian very well as we have been friends for years; therefore we found an agreement very fast. We would like to thank Bruno Michel and the GP3 Series for their support this year and we wish the new owners Campos Racing the best of luck for the future.”