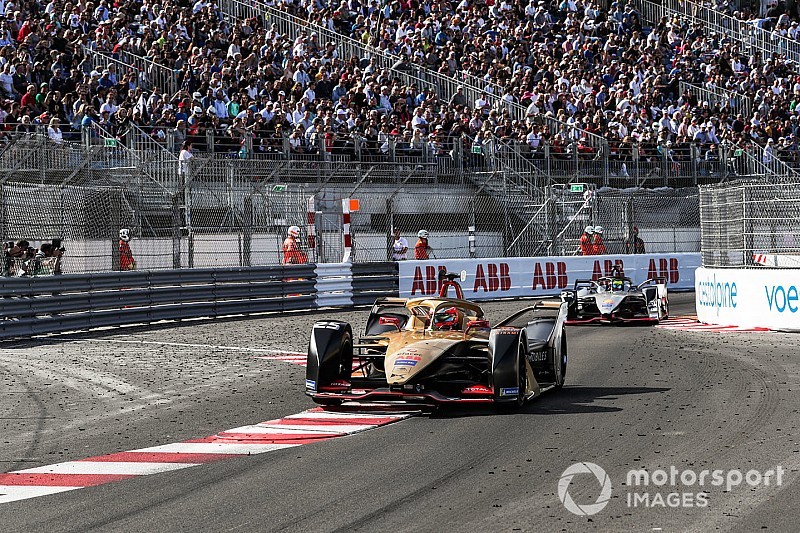 Mahindra, which had Pascal Wehrlein finish fourth in Saturday’s race behind the top two and Venturi driver Felipe Massa, contested that the tyre pressures on Vergne and Rowland’s cars were not above 1.4bars.

This accusation relates to the article 25.11 of the FE sport regulations, which states that all competitors must comply with “the working ranges of the tyres (minimum and maximum camber, minimum cold and hot pressure) as communicated by the tyre manufacturer [Michelin] before the end of initial scrutineering”.

For the Monaco round, the minimum tyre pressure for the front and rear tyres was raised to 1.4bar – at the last round in Paris (and the majority of races in 2018/19 according to available stewards documents) it was 1.3bar.

The 1.4bar minimum is set for a rest test, before the car leaves the garage or grid, or after running, with the pressure expected to rise to between 1.6bar and 1.9bar when the car is being driven as the air inside the tyre occupies more volume when the tyre heats up.

Running lower pressures would mean a team could can heat into the tyres more easily because the sidewall flex is greater.

There is also more contact patch available and so the grip is greater, with the minimum pressures stated to avoid teams trying to gain an advantage.

This is no official explanation from the FIA as to why the minimum tyre pressure level was raised for the Monaco race.

The Mahindra protests were unsuccessful, according to the respective FIA bulletins regarding Vergne and Rowland, because “The protest was not addressed to the chairman of the stewards (Article 13.5.1 of ISC [International Sporting Code])” and “The protest was lodged against a driver and not against a competitor".

Mahindra declined to provide an official explanation for the protests when contacted by Motorsport.com.

Massa ran out of energy 150m from Monaco finish