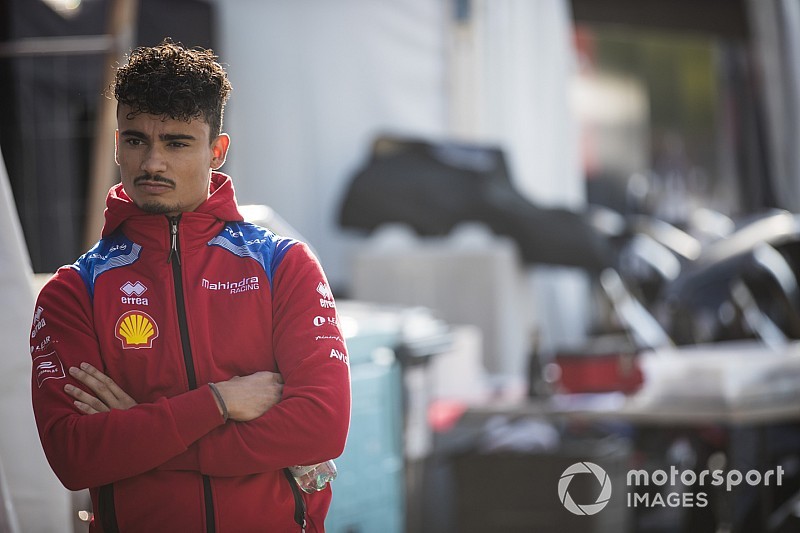 Mahindra driver Pascal Wehrlein has been stripped of his Paris E-Prix pole position due to a tyre pressure infringement, meaning Oliver Rowland will start at the head of the grid.

Nissan e.dams now locks out the front row of the grid for Saturday's race, with Rowland starting on pole ahead of Sebastien Buemi.

Wehrlein and Mahindra teammate Jerome d'Ambrosio were the only machines not to be cleared from parc ferme, with an FIA document later stating that the disqualification of both cars was due to "non-respect of the minimum tyre pressure" rule.

It means Wehrlein now starts 22nd behind d'Ambrosio with the two Mahindras placed behind Dragon Racing's Jose Maria Lopez, who failed to set a time within 107 percent.

According to an FIA bulletin, the tyre pressures on the two Mahindra cars were "measured twice after qualifying and once after Super Pole and [were] between 1.48 and 1.56-bar instead of a minimum of 1.60-bar".

The statement continued: "Even under consideration of the outside temperature of the track and the time the car has been checked after arrival in the pitlane, the tyre pressure was not in compliance with the Michelin Pilot Sport Tyre working range."

He told Motorsport.com: "We have done a mistake. The tools that we are using to check the tyre pressure seems [to be] wrong – maybe not good calibration.

"[It’s] probably worse when it is cold like today. There is a big gap between the official one and the tool that we use to measure the tyre pressure.

"Clearly for us, everything [was] OK and [with] the regulations, but 0.04 [under] than the official one. So we are completely out of the rules because our tools were not correct."