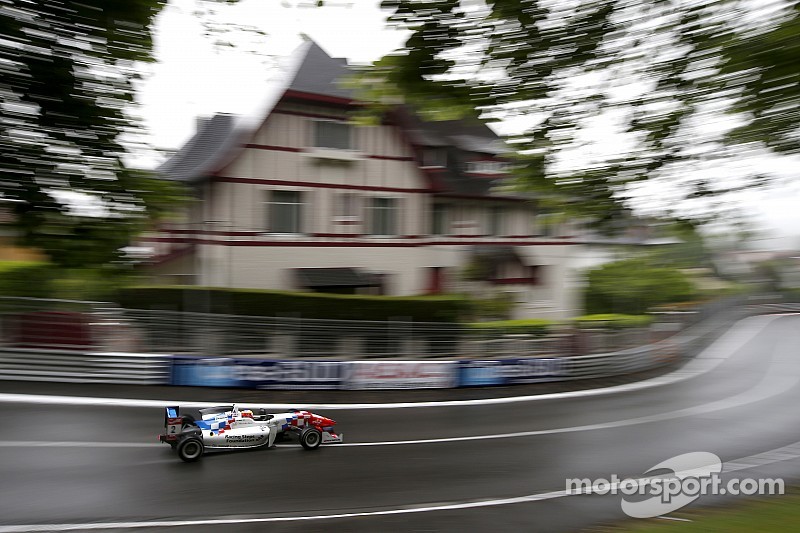 With the track having dried since qualifying for the opening race earlier in the day, it was the second group that once more proved the quicker thanks to Dennis’ late session-topping effort of 1m10.276s.

That was enough for the Briton to beat Charles Leclerc’s quickest time in the slower first group by 0.110s, and also his closest second group challenger Maximilian Gunther by 0.337s.

Points leader Antonio Giovinazzi went second in the first group to ensure an identical top four starters in both of the first two races, fifth place man Markus Pommer becoming the first to buck the trend with the third best time behind Dennis and Gunther in the faster group.

Arjun Maini continued his impressive form around the Pau streets to go third quickest ahead of Alex Albon and a struggling Felix Rosenqvist in a slower session curtailed by two late red flags, while Alessio Lorandi and Dorian Boccolacci also secured top 10 berths for race two in the faster session.

Dennis' second best time - a 1m10.852s - was also enough to secure the top slot in the third and final race, ahead of Giovinazzi and Gunther.