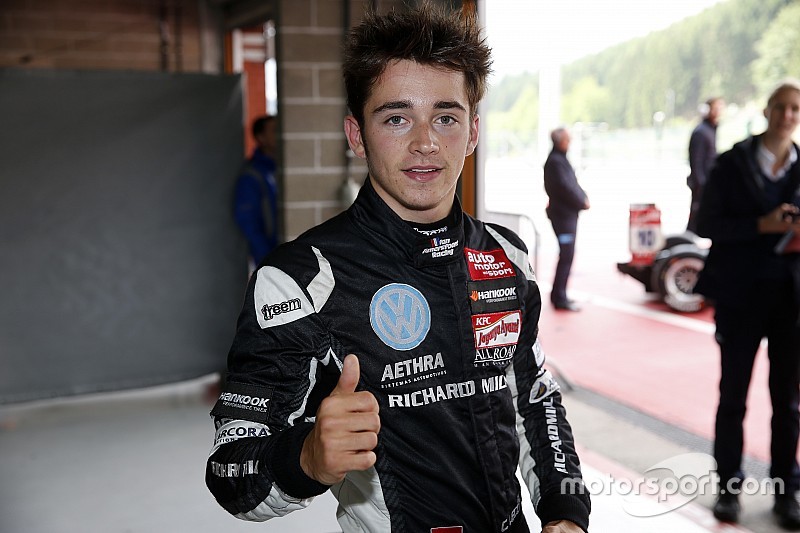 Charles Leclerc beat Alex Albon by the slimmest of margins to take pole position for the first of this weekend’s European Formula 3 races at the Norisring.

The two series rookies were split by just nine thousandths of a second in the latter of the two qualifying groups at the German street venue, which was comfortably the quicker of the pair.

Antonio Giovinazzi was first to break through the benchmark set in the earlier session by Maximilian Gunther, a 48.533s, but was soon displaced by a rapid Leclerc at the top of the timesheets.

Albon then managed to better the championship leader’s time by 0.016s, sparking a battle for the top of the timesheets that was ultimately won by Leclerc with a best time of 48.240s.

The quirks of the qualifying system mean however that Albon will start Saturday morning’s first race from third behind Gunther, with the second quickest man of the slower session, Markus Pommer in fourth with a time just 0.010s shy of his compatriot Gunther.

Felix Rosenqvist was the third quickest of the second group, 0.095s away from Leclerc’s best effort, and will start from fifth, ahead of Albon’s Signature teammate Dorian Boccolacci, who was 0.070s slower than Gunther.

Group A (even numbers):