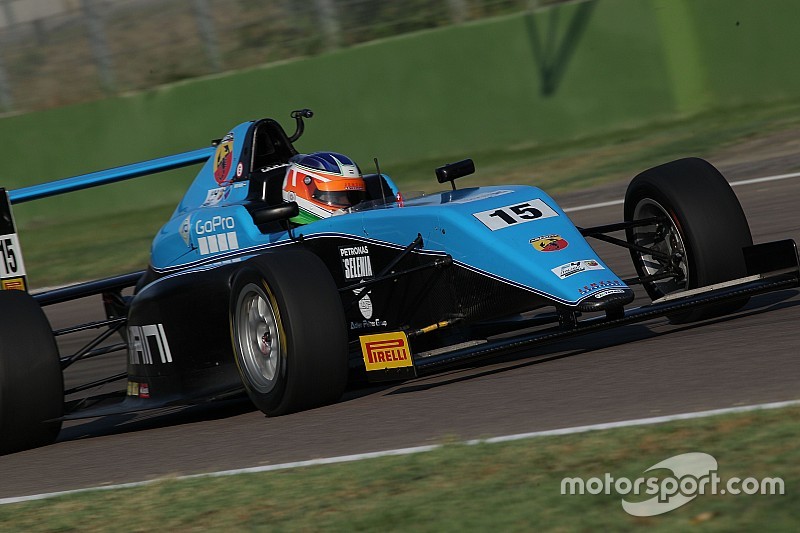 Kush Maini says he can be “decently happy” with his performance in the second half of the Italian F4 season, during which he scored two podiums to rise up to seventh in the standings.

Maini endured a difficult start to his sophomore Italian F4 campaign, mustering only two top-five finishes in the opening four rounds. Moreover, he was involved in several crashes, all costing him crucial championship points.

However, a two-month summer break allowed him to return to the series as a revitalised driver. The 17-year-old was straight off the mark in Imola, scoring a well deserved podium finish in Race 2.

Another rostrum result followed at the season finale in Monza, where he charged from eighth on the grid to finish third.

The Bangalore-based driver could have even scored a victory in Imola, had he not been knocked out by a rival driver while closing in on race leader Job van Uitert.

Given how we was able to bounce back from early season struggles to emerge as a regular podium contender, Maini says he has every reason to be satisfied with his performance in the latter half of 2017.

“I am decently happy about the second half of the season,” Maini told Motorsport.com. “I believe we lost multiple podium chances because of crashes, and I think we definitely had the pace to win races this year.

“I am happy that we showed good speed at every race weekend. Obviously there were many people on the grid with much more experience and time in the car than me including my teammate, and I feel I have definitely matured as a racing driver this year and learnt alot along the way.”

“I would say half-half,” said Maini when asked to provide an overall view of his 2017 campaign. “I am happy about the speed we showed, qualifying front row multiple times and many top 5s, but I feel we threw away a lot of points in the first half of the season.

“I think if I drove in the first half of the season like I did in the second half, we for sure had a top 5 in the championship for the taking.”

Maini refused to divulge too much about his plans for next season, but has already tested the car that he’d be racing in 2018.

After two seasons in a highly-competitive F4 championship, Maini feels now is the right time to step up to a higher category in the single-seater ladder - and do so in a car that will allow him to fight for the title.

“Well I think you will hear the news about what I am racing next year very soon," he said. “We did some testing post season and I felt really comfortable with the new car and team, so I am personally really looking forward for 2018."

He added: “I think it’s clear that whatever I do next year my goal is to be fighting for the title, I think post season testing in the new car has really shown us that it is possible and there is no doubt that I will be working really hard to do so."

Canadian Notebook: Raphaël Forcier is runner-up in US Formula 4 series

Garcia dropped by Renault Academy after one season