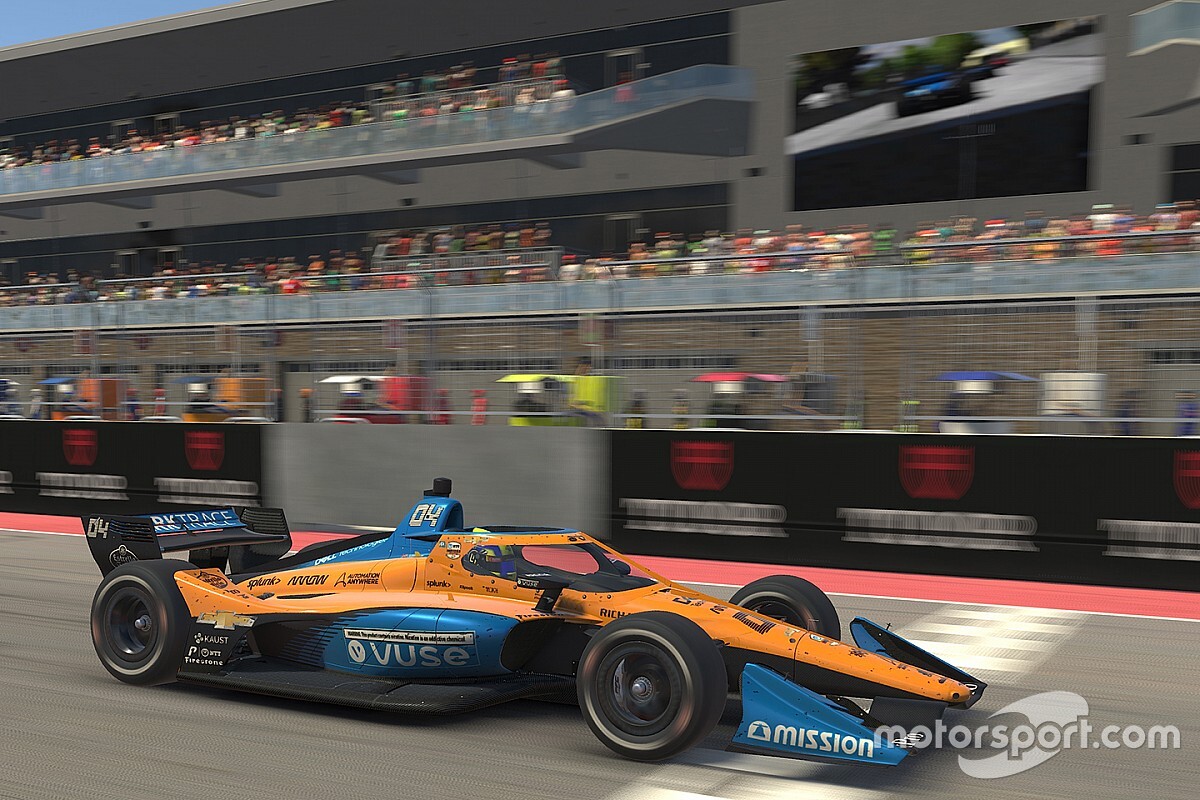 Lando Norris says the way in which sim racing has become "more and more scientific" prompted him to start working with his 2019 McLaren Formula 1 engineer.

McLaren driver Norris has been prolific in sim racing while real-world motorsport remains on hold during the COVID-19 pandemic, taking part in numerous events.

Norris made his debut in IndyCar's official iRacing series last month in an event at the Circuit of The Americas, where he took victory from pole position against a field of IndyCar regulars.

In preparation for the event, Norris linked up with his former McLaren F1 engineer, Andrew Jarvis, who is now part of McLaren's IndyCar programme in the United States.

The 2020 F1 sophomore explained the greater level of detail in sim racing made it important to function as a proper race team with its preparations for the IndyCar event.

"I think the IndyCar race that we just competed in was probably the most involved I've been in terms of working on my driving," Norris said in an interview on Sky Sports.

"Being able to look at the data in-depth and actually having my F1 engineer from last year going through things, understanding how to really work on different areas [helped].

"A lot of the things I was doing and my characteristics on the actual race track, I was actually replicating on the simulator, some are good, some are bad, but it's very good in terms of being able to work on those things."

Norris said the advances in sim racing meant it was possible to make proper improvements by analysing data much as he would on the real-world circuit.

"It's getting more and more scientific, getting more data involved, and the programmes are getting better and better," Norris said.

"It's not there and it's not real, for sure, and it's still a simulation at the end of the day.

"But you're still able to look at things in a lot of depth, look at a lot of traces on the data, build set-up and improve driving from everything.

"So it's still very interactive to work with."

Can Gunther make it a Race at Home Challenge hat-trick?