Sim racers are expected to dominate in this weekend's virtual Le Mans 24 Hours contest, but two high-profile teams are putting faith in real-life driver line-ups. The challenge will be huge but could their experience spring a surprise?

The old adage in motorsport is that the first person you have to beat is your teammate, but what about when that teammate is sharing the same car?

The unique dynamics and challenges of endurance racing mean that drivers must work in unison to ensure they can optimise the speed of their machine, stay out of trouble and perhaps most importantly, make it to the finish! It's no surprise that the line-ups that get on the best tend to usually do the best...

Stint length, the weather and worst-case scenarios should have been the topics of discussion at the Circuit de la Sarthe this weekend for the 2020 Le Mans 24 Hours, but instead drivers, teams and fans will have to wait until September due to the COVID-19 induced postponement.

But that's not to say those conversations are not still happening as the 24 Hours of Le Mans Virtual - a collaboration between the FIA World Endurance Championship, Le Mans organisers the Automobile Club de l'Ouest and Motorsport Games - is taking place instead.

A star-studded line-up of real-life drivers are set to compete alongside and against sim racers, but two teams in LMP have bucked the trend and gone for the unusual approach of not including any sim driver within their rosters and instead will have to rely on drivers' real-life experience.

One of those is the powerhouse Team Penske, with regular drivers Juan Pablo Montoya, Simon Pagenaud, Dane Cameron and Ricky Taylor competing together. Montoya is no stranger to endurance racing, having competed in the real-life Le Mans 24 Hours in 2018 and been a regular in the IMSA season-opening Daytona 24 Hours, claiming outright victory in 2007, '08 and '13. But the seven-time grand prix winner is under no illusions that it will be a challenge to match the speed of the leading teams this weekend without the experience and guidance of a sim racer. 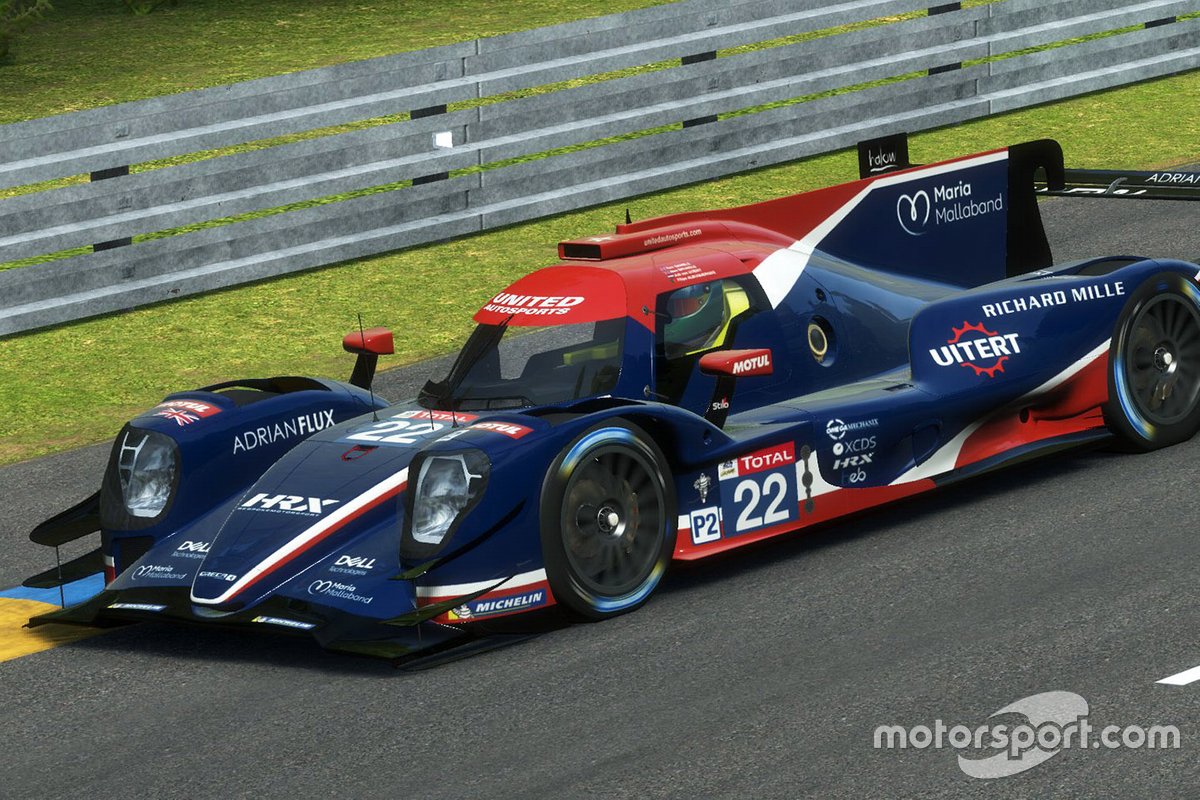 "I think it's definitely in a way I would say maybe a little bit of a disadvantage," he says. "[but] I think from the dynamic of running a 24-hour race it's an advantage because we've done racing, we've done traffic, we really understand it.

"But from the speed point of view the sim racers always have a big advantage over us. So the only way to really, if you wanted to compensate the speed would be to do what a guy like Fernando [Alonso] has been doing, you spend hours and hours on the simulator. I'm willing to prepare myself well but I'm not willing to sacrifice my daily life for two weeks to run that.

"We never even talked about it [having a sim driver] and honestly, I think maybe having a sim driver would be quicker but we have such a good relationship between all four of us and we work so well together, that makes it a lot of fun."

Penske are not the only team to use an all real-life driver line-up, as United Autosports will field Filipe Albuquerque, Alex Brundle, Job van Uitert and Tom Gamble. Team co-owner Richard Dean (below) believes that this weekend's event is also a great opportunity for junior members of the team to become involved in a 24-hour race without the pressure of actually competing at the Le Mans 24 Hours.

"You would never throw them into the Le Mans race for real because there's too much at stake and it's always a difficult one," he says.

"It's like a driver, when are they ready for their first race at Le Mans? They're always inexperienced until they have done their first race. So you have got that chicken and egg situation of how do you become a race engineer at Le Mans, somebody has got to give you your first chance. 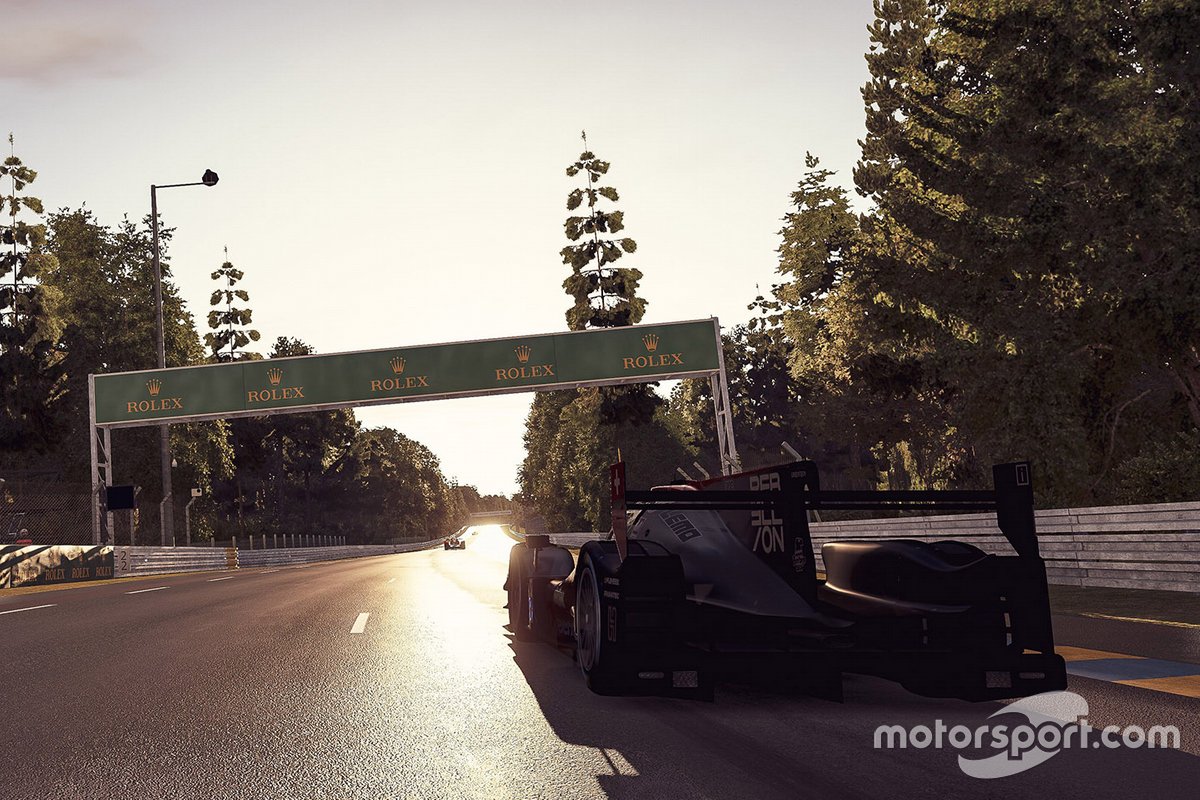 While Penske and United Autosports can call upon their real-life knowledge of endurance events to help with set-ups and strategy, competing in Esports is still a new world for many of them and experience from the circuit may not translate into a game.

James Baldwin, 2019 World's Fastest Gamer and eROC champion, will contest the event for Veloce Esports and believes the fact that it is a game means that real-life experience - especially when it comes to set-up - could actually be a disadvantage.

"If they have no sim driver involved with the run up to the event or no contact with any sim driver to help them it's going to definitely be a disadvantage for them, because there's no way a real driver that's not been involved with sim racing will figure out some of the stuff that you need to know to set-up your rig correctly to be as quick as it can be," he says.

"The car set-up is not logical in many ways because it is a game, the car can be set-up in a very peculiar way that wouldn't work in real life but it works on this particular sim."

Fundamentally it seems that a lack of outright speed will hinder Penske's and United Autosports' chances but, as with real-life endurance racing, the fastest car doesn't always prevail.

Just like the real event competitors this weekend will have to contend with fatigue, changeable conditions and traffic, and it's in these situations where Montoya believes the Penske car could find itself at an advantage.

After all, this is still a 24-hour race where the unexpected is to be expected and a wise head on steady shoulders can make all the difference.

"In real-life, when you catch GT traffic for example, they're a lot more careful, they're willing to give you space they understand the consequences," adds Montoya.

"In the game I've noticed that when you catch people it's a lot harder and they just make it a lot more difficult. So you need to be a lot more aware and always expect that people are going to do dumb stuff. And I think if you have sim racers in GT cars, their speed is very good but they don't have the experience of the racecraft of a 24-hour race.

"I think we have a good team, we have a good plan, I do feel we're going to lack a little speed but at the end of the day and especially with Le Mans you need to survive. Le Mans is more about not making mistakes, staying out of trouble, those first few laps of the race you need to be really smart. You need to make sure you don't do a stupid mistake."

Coverage of the event will be streamed on Motorsport.tv and Motorsport.com from 1330hrs BST on Saturday. 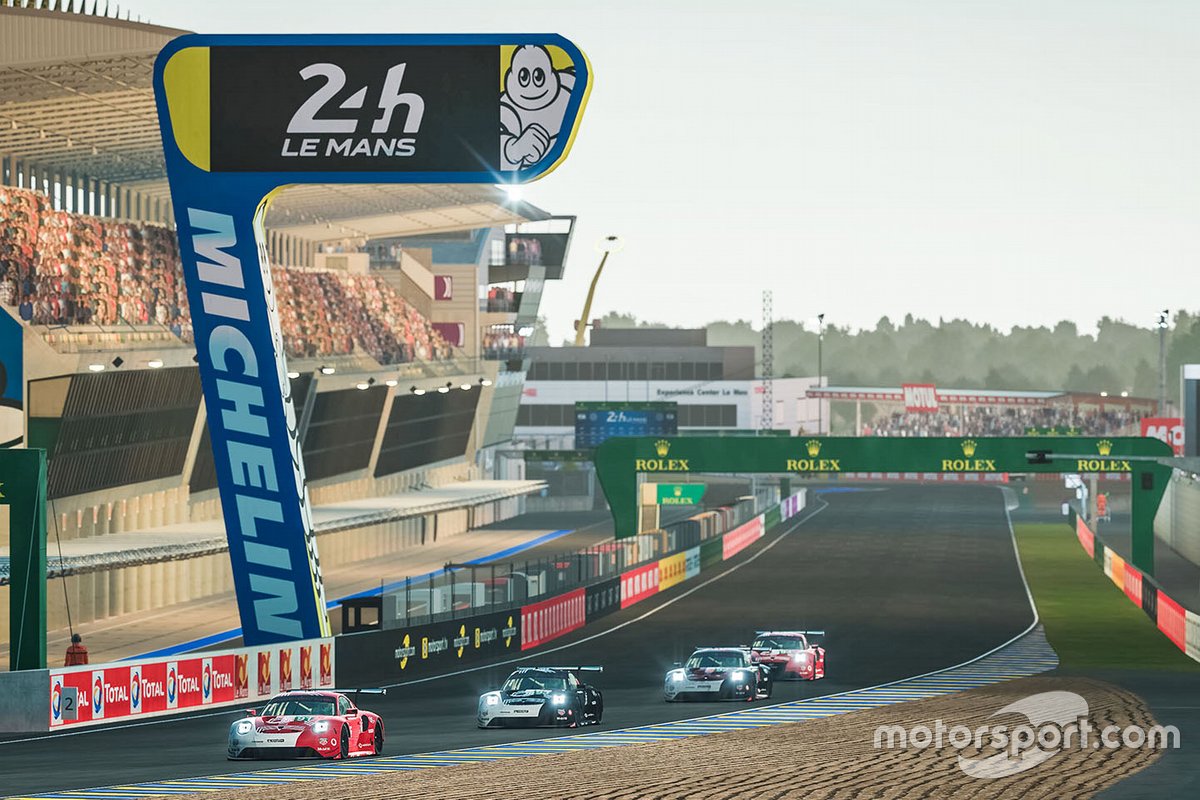