Global Rallycross to compete in Louisville 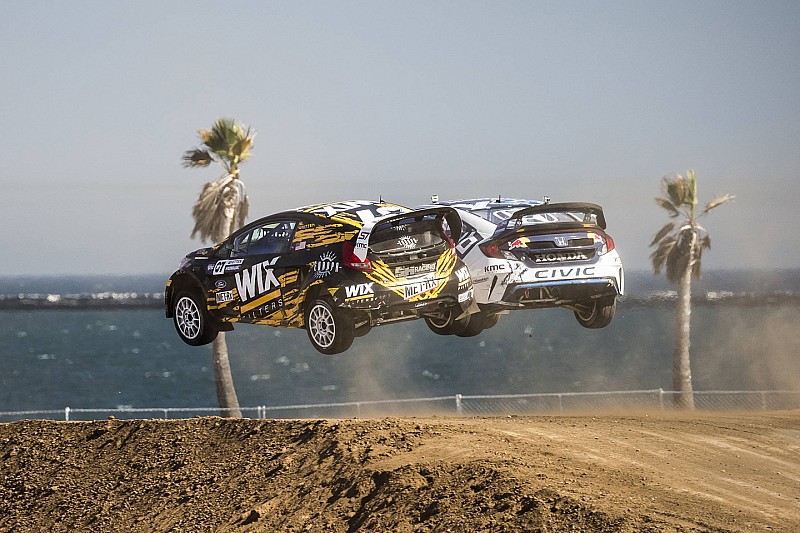 Los Angeles, CA (March 14, 2017) - Louisville will play host to the second round of the 2017 Red Bull Global Rallycross season on May 20-21. The brand new event will take place at the Kentucky Exposition Center, and will see the series visit the state of Kentucky for the first time.

“We are incredibly excited to be able to bring Red Bull GRC action to Louisville for the first time,” said Red Bull GRC CEO Colin Dyne. “Kentucky has a storied and extensive racing and sporting history, and we’re looking forward to adding our name with our inaugural event at the Kentucky Exposition Center.”

The brand new Louisville course will feature each of Red Bull GRC’s signature elements, from a mix of dirt and pavement to the 70-foot dirt tabletop jump that produces some of the series’ wildest action. At the start, drivers will charge down a long, fast straightaway before hitting the track’s first sharp corners and the dirt section. Back-to-back tight dirt corners will yield to the split between the main course, featuring the jump, and a paved Joker Lap that will allow drivers to gain an advantage on the field once per race session. The two lanes will reunite before a right-hand hairpin that concludes the lap.

"This is an incredible opportunity for the Kentucky Exposition Center to bring one of the fastest and most exciting events in motorsports to fans," said Jason Rittenberry, President and CEO of Kentucky Venues. "We've delivered monster truck shows, championship tractor pulls and off-road races in the past, but this is a whole different level of competition, a new and unique event for the community."

The Kentucky Exposition Center has a lengthy history of hosting sporting events, including six NCAA Final Fours, the Minor League Baseball World Series, University of Louisville football and basketball, and an event in the inaugural season of the Dew Tour. Red Bull Global Rallycross will be the first racing series to compete at the facility, bringing internationally renowned racing stars such as Tanner Foust, Scott Speed, Brian Deegan, and Chris Atkinson to the home of the Kentucky State Fair.