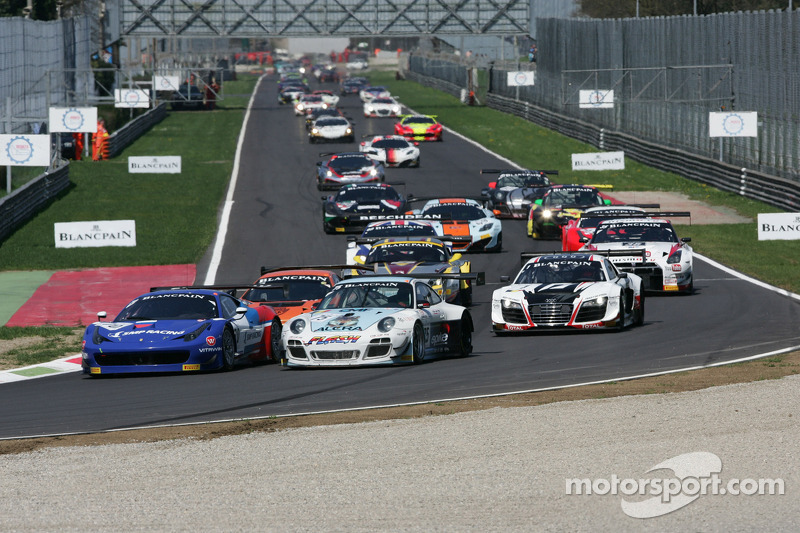 Ever since its creation in 2011, the Blancpain Endurance Series has been the best supported and most competitive GT competition in the world.

The long wait has come to an end. Next weekend, on the Autodromo Nazionale Di Monza the contenders in the Blancpain Endurance Series 2014 will finally know how good they have prepared themselves for the new season. Ever since its creation in 2011, the Blancpain Endurance Series has been the best supported and most competitive GT competition in the world. 40 impressive GT3 cars, entered by some of the most professional teams and driven by a plethora of top notch racers, will form the impressive grid on the asphalt of the fabled Italian circuit. "“Believe it or not, but this will be my first time racing in Monza.|Maximilian Buhk|left"" The high level of the entries in the Pro Cup, Pro-Am Cup and Gentlemen Trophy forms a guarantee for ultra-fast action and a thrilling opening round of the Blancpain GT Series. In Monza, drivers from a whopping 24 countries will compete at the wheel of GT3 cars representing no less than 11 prestigious brands. Recognised and established big name drivers will be joined this year by a new generation of young and hungry chargers, who will be determined to stamp their mark on the Blancpain Endurance Series.

Five rounds will be organised this season, all taking place on world-class circuits in Europe. Monza this weekend is followed by Silverstone, home of the British Grand Prix, on May 23-25. Paul Ricard follows on June 27-28 with an entertaining evening race, before the most celebrated endurance test takes place at the legendary Spa-Francorchamps circuit from 23-27 July. The mythical Total 24 Hours of Spa promise to be one of the highlights of the racing summer. The season concludes with the second edition of the Blancpain Endurance Series’ version of the Nürburgring 1000 on September 19-21, where a memorable finale will take place.

Maximilian Buhk, the holder of the drivers’ title in the Pro Cup of the Blancpain Endurance Series, will have no easy task in defending his title at the wheel of the Mercedes SLS AMG GT3 of HTP Motorsport. Up against him are Series’ regulars Belgian Audi Club WRT, which enters two Audi R8 LMS ultra for – among others – former FIA GT Series’ champions Laurens Vanthoor and Marc Basseng. 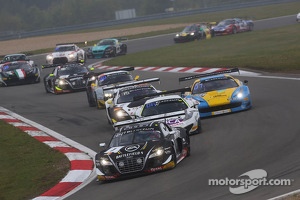 Both established teams will be considered to be among the favourites, but will have to look out for two impressive newcomers: the Reiter Engineering SaReNi Camaro GT3 and the two M-Sport Bentley Continental GT3. Both teams have former F1 drivers in their ranks – Tomas Enge on the Camaro and Jérôme D'Ambrosio on the Bentley – and with Peter Kox and Guy Smith some of the most respected endurance racers as well. The times set during the official Blancpain GT Series test days in Le Castellet indicate that both cars will be a force to be reckoned with.

ART Grand Prix will defend the colours of McLaren with two MP4-12C, while the Oman Racing Team has the sole Aston Martin Vantage GT3 in the Pro Cup in its custody. Further Pro Cup challenges will come in the shape of Black Falcon with a Mercedes SLS AMG GT3 and Sainteloc Racing entering an Audi R8 LMS ultra, with reigning FIA GT Series champion Stéphane Ortelli as the lead driver.

Pro-Am Cup – Still the backbone of the Series


With 19 cars the Pro-Am Cup is again the backbone of the Blancpain Endurance Series. A host of new and exciting teams and drivers join the loyal and regular entries. 2013 champions, the Nissan GT Academy Team RJN, will enter two cars for an almost completely new line-up of young and talented drivers. Japanese racer Katsumasa Chiyo will join 2013 GT Academy winners Miguel Faisca, Stanislav Aksenov, Nick McMillen and Florian Strauss. The ‘gamers-turned-racers’ are eager to follow the footsteps of their predecessors, who last year conquered the Blancpain Endurance Series Pro-Am team title in their rookie year. 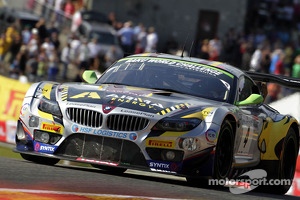 TDS Racing enters two BMW Z4 GT3 and can count on the experience of Nicky Catsburg. During the last couple of seasons the Dutchman established himself as being one of the up and coming stars of GT racing. With 8 of the 11 Blancpain Endurance Series’ car brands present, the Pro-Am Cup is clearly a very diverse category. MP Motorsport AMR (Aston Martin), Emil Frey Racing (Jaguar), Boutsen Ginion (McLaren) and Black Falcon (Mercedes) will all vigorously defend their colours. Porsche has two representatives, both French: Graff Racing and ProGT by Almeras.

The latter can again count on the services of former single seater ace Franck Perera. It will be no surprise that the spectators on the Monza grandstands will root mainly for the teams entering a Ferrari 458 Italia GT3. The drivers of last year’s Monza winners Kessel Racing, Insightracing with Flex-Box, Sport Garage, 2012 Pro-Am champions AF Corse, Scuderia Villorba Corse and GT Corse by Rinaldi will proudly wear the Prancing Horse on their overalls.


In the Gentlemen Trophy the Ferrari 458 Italia seems to be the weapon of choice as well, with five of the eight entries representing the Maranello manufacturer. Among them is Sport Garage, with 2011 Gentlemen Trophy winner Georges Cabannes. Reigning champion Jean-Luc Blanchemain has switched from a Ferrari 458 to an Audi R8 LMS ultra however, a car entered by the experienced Belgian Audi Club Team WRT and which the Frenchman is sharing with Belgian drivers Christophe Kelders and Yves Weerts. Two other Audi-teams (Team Parker Racing from Great Britain and Sainteloc Racing from France) will take on the Ferrari armada in what promises to be a close fought battle between very well matched drivers and teams.

The Monza weekend is always a popular and busy weekend and this year sees a feast of action as the Lamborghini Blancpain Super Trofeo, the Formula Renault 3.5 and the Formula Renault 2.0 NEC will also provide guaranteed action, with two races for each championship.

Maximilian Buhk (HTP Motorsport): “Believe it or not, but this will be my first time racing in Monza. I saw last year’s race on the official website’s livestream and I was very impressed by the speed of the cars and the closely fought slipstreaming battles. In my eyes, being the reigning champion does not add any pressure. At the start of a new season every counter is set back to zero, and all cars, drivers and teams again have to prove their worth.”

Guy Smith (M-Sport Bentley, Pro Cup): “Every member of M-Sport Bentley is excited for the start of the season and the first race at Monza - this is what we've been working towards. We've developed the Bentley Continental GT3 really effectively over the last nine months, and even though we're the new boys we're confident we can put in a strong performance. With such a large grid we're guaranteed to have some close racing, which is great for us as drivers, the fans and the series as a whole.”

Katsumasa Chiyo (Nissan GT Academy Team RJN, Pro-Am Cup): “I am really looking forward to racing in Europe. The Blancpain series looks very competitive, with very big grids and mythical tracks, which of course includes this weekend’s Monza circuit. I am very proud to join Nissan GT Academy Team RJN, which won the Pro-Am championship last year. I will work really hard to win a race together with my team-mates as soon as possible, while getting used to European racing culture.”

Jean-Luc Blanchemain (Belgian Audi Club Team WRT, Gentlemen Trophy): “I find it an excellent idea to reserve the Gentlemen’s Trophy for three Bronze drivers. In theory this should produce some excellent racing. Especially at Monza, a mythical and historical place, with a superb track. Handling the traffic will not be easy, but that goes for every circuit if you have almost fifty cars racing at the same time. Our ambitions for this race? We are not here to make up the numbers, that’s for sure. We really want to win our category.”

Ready to go: an interview with Alex Zanardi