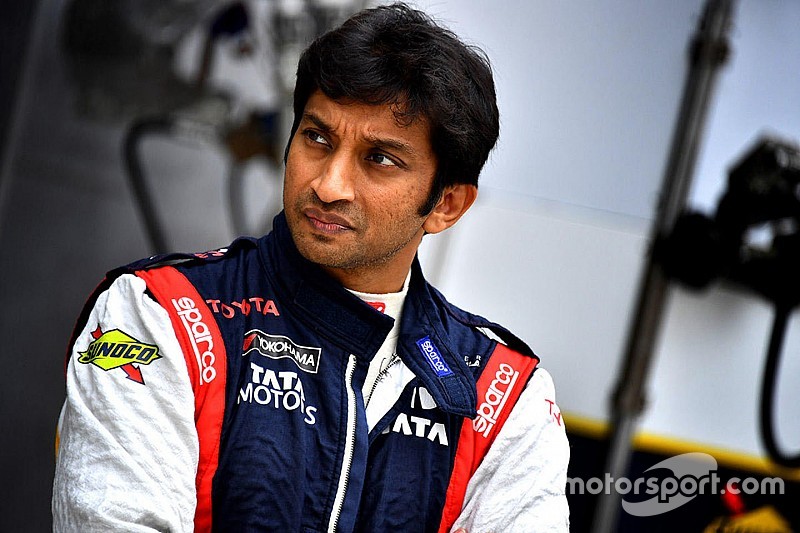 Narain Karthikeyan is exploring his options after losing his Super Formula drive, with Blancpain GT emerging as the most likely alternative for the former F1 driver.

Karthikeyan has raced in the Japanese Super Formula series for the last three seasons, notching a pair of podium finishes at Suzuka and Okayama.

However, with Toyota having already announced its driver roster, and a return to a Honda-powered team unlikely, the 40-year-old is now evaluating his future in sportscar racing.

Karthikeyan is believed to be exploring a future in Blancpain GT, although it remains unclear what his exact programme would entail.

The Europe-based Blancpain GT Series, which is divided into Sprint and Endurance Cups, is an option, but the Indian could also end up racing in the maiden season of the new Blancpain GT Asia series instead.

Tyres and set-up issues to blame for 2016 woes

Karthikeyan’s likely exit from Super Formula comes on the back of a difficult third campaign, where he finished 14th in the championship with just five points to his name.

The Indian had moved to Team Le Mans for 2016, hoping that the Tokyo-based squad will be able to carry forward its race-winning performances into the new season.

However, Karthikeyan’s year was beset by set-up issues, with a change of tyre supplier to Yokohama also working unfavourably against Team Le Mans.

“The change from Bridgestone to Yokohama hurt our performance,’’ Karthikeyan told Motorsport.com. “They couldn’t get the proper set-up all year, which added to the problems.

“I got one podium, but overall, it was a pretty poor season considering what the team achieved the previous year. It wasn’t the best of seasons to say the least.”

Although there were few positives from the season gone by, Karthikeyan did manage to markedly outperform his teammate and fellow ex-F1 driver Kamui Kobayashi.

However, Karthikeyan derives little pleasure from his performance against his teammate, saying Kobayashi’s results were compromised due to reasons out of the Japanese driver’s control.

“Well Kamui is a great driver. It was tough obviously,” he said. “It was up in the air because the set-up of the car was never perfect. It was easy to make mistakes.

“We were both pretty quick, but he had a lot of bad luck. So, I could get better results than him.”