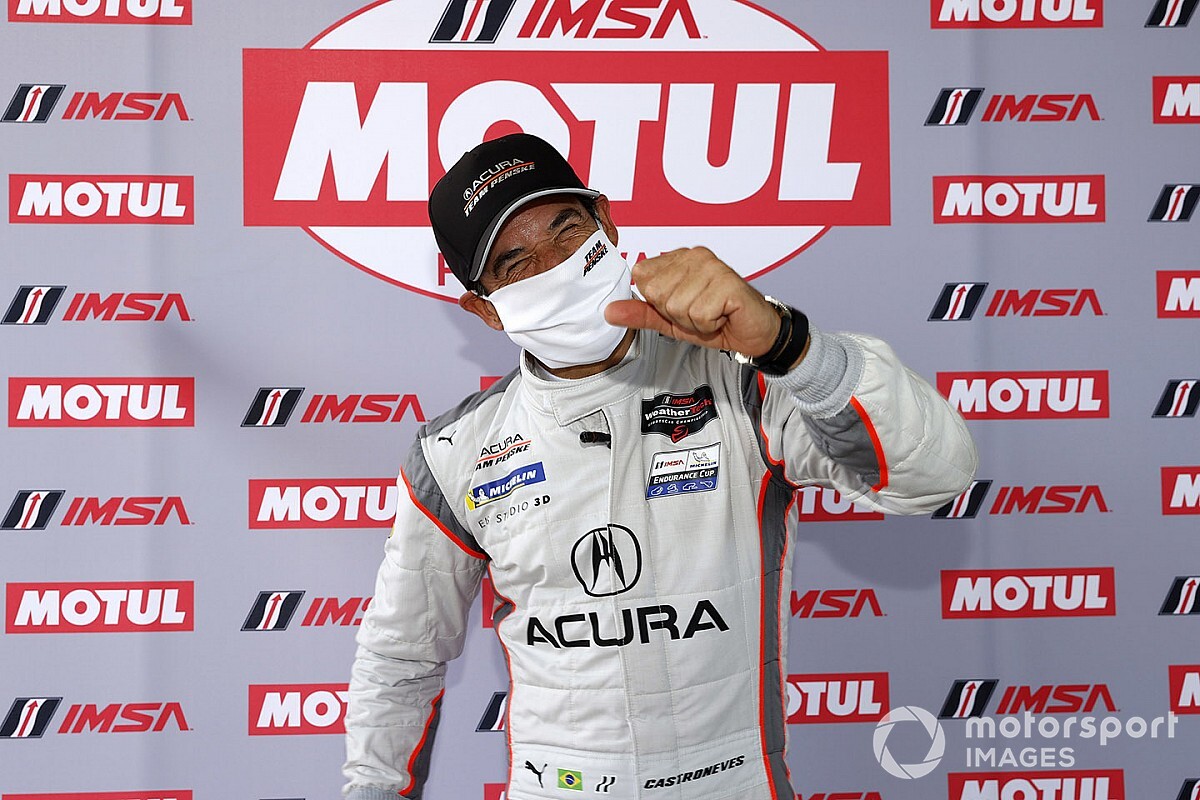 Helio Castroneves turned the best lap of Daytona to earn Acura Team Penske pole for this evening’s IMSA WeatherTech 240 in a fantastically close battle for top honors between the Acura ARX-05s and Mazda RT24-Ps.

A mere 0.142sec covered the top four cars, and Castroneves put just 0.032sec between himself and the best of the Mazda RT24-Ps driven by Oliver Jarvis, with Jonathan Bomarito’s Mazda a further 0.032sec behind, and 0.078sec ahead of defending IMSA WeatherTech SportsCar Champion Juan Pablo Montoya.

Despite getting little practice this morning due to a flat tire for Renger Van der Zande at 190mph, Wayne Taylor Racing ended up with the fastest Cadillac DPi-V.R thanks to Ryan Briscoe’s best effort. The former IndyCar ace was perhaps surprisingly only 0.671sec off top spot, but was 0.183sec ahead of Gabby Chaves, who is sharing the Action Express Racing Caddy with Pipo Derani, in place of the Covid-19-afflicted Felipe Nasr.

The JDC-Miller Motorsports Cadillacs of Joao Barbosa and Chris Miller were seventh and eighth.

Oliver Gavin and Jordan Taylor produced a 1-2 for Corvette Racing’s two-race-old C8.R in GT Le Mans. Gavin was an impressive 0.272sec clear of his teammate who in turn was one-tenth faster than the third place car.

That car was the RLL-run BMW M8 GTE of Jesse Krohn who was just 0.001sec faster than Laurens Vanthoor in the faster of the two Porsche 911 RSRs. Nick Tandy might have gone still faster but ran long in Turn 1 on his final flyer in the #911 Porsche, and will line up sixth, alongside the second BMW of Bruno Spengler.

The two Meyer Shank Racing Acura NSX GT3s of Matt McMurry and Misha Goikhberg will line up sixth and seventh.