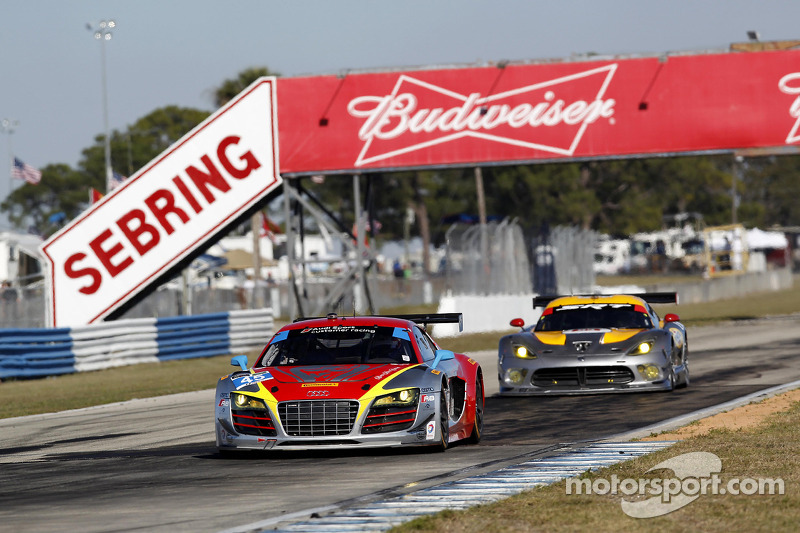 GT Daytona class doesn't again race until the 4th round of the 2014 TUDOR championship at Mazda Raceway Laguna Seca on May 4th. 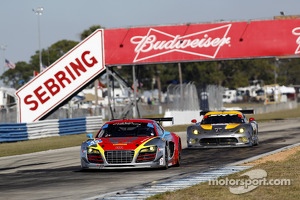 The second round of the 2014 TUDOR United SportsCar championship saw both Flying Lizard cars start towards the rear of the class pack after the team elected to maximize race week track time by working on setup during the qualifying session. Despite their starting positions, the extra time spent on the cars proved valuable as both cars moved to the front of the GTD pack during the opening hours of the race.

For the No. 45, an unlucky series of flat tires and on-track incidents caused the car to lose multiple laps, and while the car was able to get back to within two laps of the leaders, time eventually ran out. The No. 35 spent the final five and a half hours of the race on the lead lap, including leading the race at one point. A late caution period for a stopped car cost the No. 35 three positions but the team was able to recover to 5th place by the checkered flag.

Thomas Blam, Chief Strategist, talked about the race for both cars, adding "Nelson and Alessandro had great stints early in the race, moving us up through the GTD pack, but unfortunately the No. 45 suffered one misfortune after another. The 8th place finish is ultimately a good result in a deep field for the season championship but we had hoped for more. The No. 35 had a good run by comparison, but its bad luck came with the final yellow with 45 minutes remaining, costing us three spots in the running order and a chance to race for the win."

The 3rd round of the 2014 TUDOR championship takes place on the street circuit at Long Beach, however the GT Daytona class doesn't again race until the 4th round at Mazda Raceway Laguna Seca on May 4th.