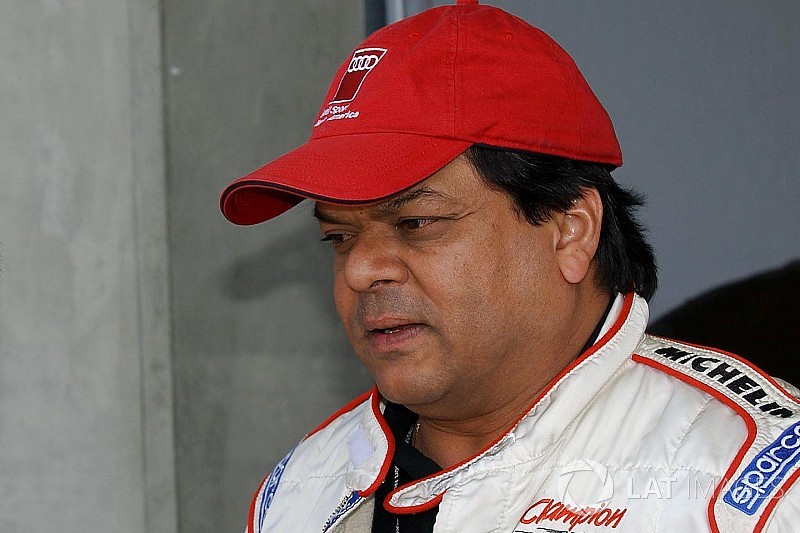 Dave Maraj, founder and owner of the immensely successful Champion Racing team, has died after a boating accident on Saturday.

After scoring several podium finishes in 1995, Champion Racing scored its first class win at the 1996 Sebring 12 Hours, Hans-Joachim Stuck and Bill Adam wheeling a Porsche 911 to victory in GTS-1 category, and the following year this pairing – along with Thierry Boutsen – earned second in the 24 Hours of Daytona.

In ’98, the squad raced in the USRRC’s GT 1 class, earning victory in the Watkins Glen 6 Hours – the cornerstone of victory in the championship for makes (Porsche) and drivers (Boutsen).

That same year Champion won the GT1 class at the inaugural Petit Le Mans, with Boutsen, Ralf Kelleners and Bob Wollek at the wheel, and that earned the squad entry into the ’99 Le Mans 24 Hours. That produced a second place finish in the GT category for Wollek, Bernd Maylander and Dirk Muller, albeit 25 laps behind the winners in class.

That remained a highlight of the season as the team inevitably struggled with a GT car in the newly-formed American Le Mans Series.

Switching to a Lola-Porsche prototype for 2000, the car’s highlight was a fourth place in the 2002 Daytona 24 Hours, but by then, Maraj had started a relationship with Audi that would spring Champion to fame.

The team developed and ran the Audi S4 in World Challenge, Michael Galati finishing second in the championship in 2000, then winning it in 2001 and ’02. A switch to the RS6 model saw Randy Pobst complete a three-in-a-row sequence in 2003, with Champion also earning two manufacturers’ titles for Audi over this period.

By then, Maraj had seen his squad rise to prominence in the American Le Mans Series, too, earning several podium finishes with an Audi R8 prototype over the 2001 and ’02 season. In 2003, JJ Lehto and Johnny Herbert earned four victories (including Petit Le Mans) and finished second in the points.

With the Audi works team having departed the ALMS, Maraj’s R8 earned 14 victories (including 2004 Sebring 12 Hours) over the next two seasons, claiming the teams’ and drivers’ titles both years.

In 2006, Champion took over from Joest as Audi Sport North America, and won Sebring again with the new R10 TDI. After switching back to the R8 briefly, the team returned to the newer model in time to win the teams’ and drivers’ titles for a third straight year.

McNish and Rinaldo Capello would then help earn the team its LMP1 titles in 2007, while Marco Werner and Lucas Luhr would make it five in a row for the Pompano Beach, FL.-based team the following year, Champion's last before it closed its doors.

IMSA president Scott Atherton issued a statement, saying: “All of us at IMSA are shocked and saddened by the news of Dave Maraj’s passing.

“As a team owner in the American Le Mans Series, Dave and his Champion Racing organization were the epitome of professionalism and excellence, as their five series championships and 24 Hours of Le Mans victory will attest. Dave was a tremendous competitor and a great friend to all in the paddock throughout his time in our sport.

“Our thoughts and prayers go out to Dave’s family and friends and to all of his associates at Champion Motors.”

Magnussen: “Hard to swallow” losing win with late off