Oliver Jarvis nailed the top time for Mazda Team Joest in the opening session in the Roar Before the Rolex 24 at Daytona, as Fernando Alonso and Kamui Kobayashi got their first laps in the Wayne Taylor Racing Cadillac. 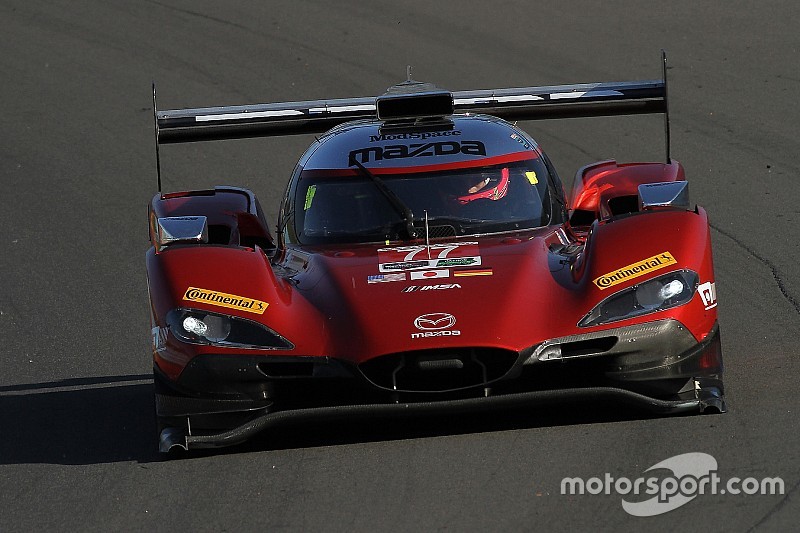 Alonso and Kobayashi were around half a second off Taylor’s best as they familiarized themselves with the #10 Cadillac they will also share with Renger van der Zande.

Will Owen was fastest of Juncos Racing’s quartet ahead of the team’s first Rolex 24 to grab sixth fastest ahead of another team running a Caddy DPi for the first time, JDC-Miller Motorsports.

The Acura Team Penske duet of Ricky Taylor and Juan Pablo Montoya were eighth and 10th, split by Simon Trummer in the second JDC-Miller Cadillac.

Gabriel Aubry was fastest of the two LMP2 cars in action, with 11th fastest overall for PR1/Mathiasen Motorsports, around four seconds off the fastest DPi time.

In GT Le Mans, the Porsche 911 RSRs of Patrick Pilet and Earl Bamber went 1-2, followed by the Ford GTs of Dirk Muller and Ryan Briscoe.

Davide Rigon wheeled the Risi Competizione Ferrari 488 to fifth fastest ahead of the two Corvettes and two BMW M8s.