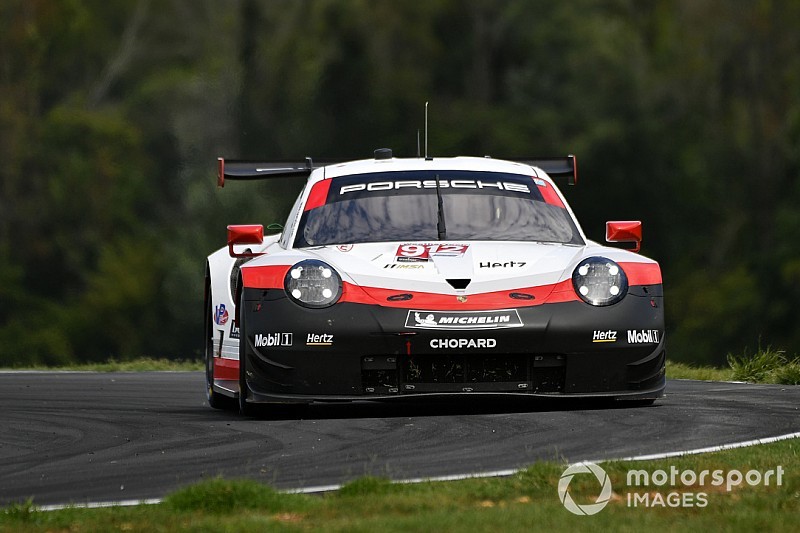 Porsche’s Laurens Vanthoor set the pace in the opening practice session for the GT-only round of the IMSA WeatherTech SportsCar Championship at Virginia International Raceway.

The session was run in hot and dry conditions, but rain is predicted for this afternoon’s session.

“My first run felt pretty good, but obviously we still have a lot more homework to do,” said Vanthoor.

Nick Tandy made it a Porsche 1-2 in the sister #911 car, while the Chip Ganassi Racing Ford GTs of Ryan Briscoe and Dirk Muller were third and fourth respectively, ahead of the Chevrolet Corvette C7.Rs of Jan Magnussen and Oliver Gavin.

The BMW M8s of John Edwards and Connor de Phillippi rounded out the GTLM runners.

In GT Daytona, the order was much more dynamic and top spot changed hands a number of times.

There was trouble for the points-leading #86 Meyer Shank Racing Acura NSX GT3, which failed to join the session at the green light due to a technical issue. Once remedied, Mario Farnbacher lapped only ninth-fastest.