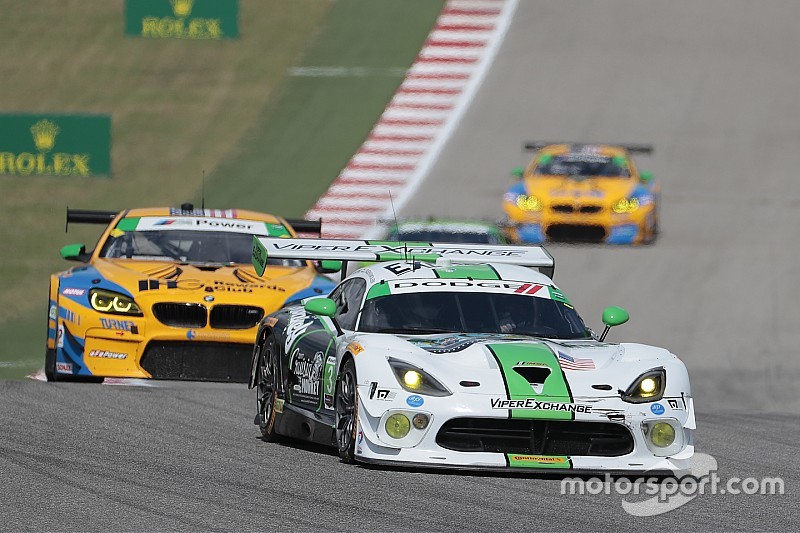 The season-ending race of the 2016 IMSA WeatherTech SportsCar Championship, Petit Le Mans is scheduled to go green at 11:10 a.m. EDT this Saturday, October 1. Broadcast coverage begins on FOX Sports 1 (@FS1) at 11 a.m. EDT to kickoff continuous live coverage of the 10-hour race throughout the day on @FS1, FOX Sports 2 and IMSA.tv.

Introduced in Chrysler showrooms 25 years ago, Vipers soon started making racing headlines around the world with championships and victories at Le Mans, Daytona, Sebring and other top-tier endurance races. The record includes a Viper top-three class sweep in the first American Le Mans Series (ALMS) Petit Le Mans at Road Atlanta in 1999, the same event in which a Viper will take to the international endurance racing stage for the final time this weekend.

“It is a weird thing for me,” Keating said. “I have been involved with Viper racing for such a long time now. It doesn’t seem real yet that this is my last endurance race in the Viper. It has been such a special experience for me personally. It would just be phenomenal to go out on top.”

In addition to being a race-winning driver the last three seasons in Dodge Viper GT3-Rs in IMSA GT Daytona (GTD) competition, Keating is the principal of ViperExchange.com, the world’s largest Viper retailer.

Keating was also the driving force, working with Bob and Bill Riley of Riley Technologies, in the creation of the Dodge Viper GT3-R program, and ViperExchange.com has carried the Viper flag in international endurance racing since the factory-backed SRT Dodge Viper GTS-R effort ended after winning the 2014 IMSA GT Le Mans (GTLM) championship.

With Viper street-car production coming to a close next year, Viper race cars are no longer eligible in IMSA and other premier international racing series and events. While Vipers will likely continue to appear at race tracks around the world in various national sprint racing series and club events in the hands of privateers, the major endurance racing era comes to end after more than 20 years of success this weekend at Petit Le Mans.

Corvette racers confident but wary ahead of showdown