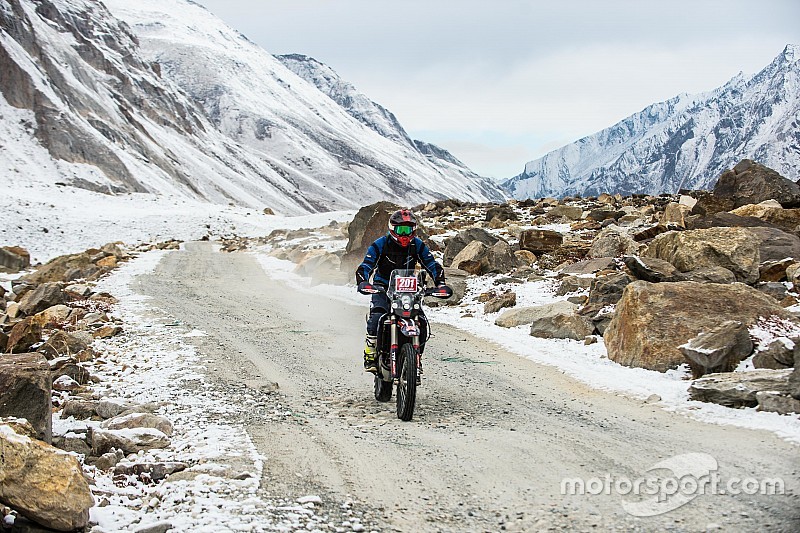 Team Polaris’ Arindam Saikia and TVS Racing rider R Nataraj were crowned champions in their respective categories of Raid de Himalaya following the conclusion of the final leg on Saturday.

Saikia snatched the Xtreme class lead on Day 2 and hung onto the top spot in the second half of the rally to take victory by a healthy margin of 10m53s.

It marked the second win for Polaris in recent years following its 2015 success with Lhakpa Tsering behind the wheel.

AVS Gill, who was driving a customer Maruti Suzuki Grand Vitara, claimed the runner-up spot, while Himanshu Arora completed the podium in the venerable Gypsy.

Mahindra Adventure’s Amittrajit Ghosh, who led the rally on the opening day but then slipped down the order due to punctures, staged a remarkable recovery drive to finish fourth.

Mahindra was participating in Raid for the first time in nearly half a decade as part of a wider return to the cross-country rally scene.

The Indian manufacturer dominated Dakshin Dare last month with Gaurav Gill, but had a much troubled time at Raid with Gill absent and Ghosh and Philippos Mathai running into separate issues.

R Nataraj led the Moto category from start to finish to bag yet another victory for TVS Racing as teammate Imran Pasha finished second.

Vishwas D was classified third ahead of Jatin Jain.

“Raid 2018 was very difficult. We kept facing bad weather at every turn. For the first time, we encountered temperatures as low as -16 degrees. Wind chill was well over -20 degrees, making the going really tough for the bikers,” Vijay Parmar, President of organiser Himalayan Motorsport said.

“The Raid has usually been six days long. By Day Four, the likely winners usually emerge and it’s just a question of holding on to your lead after that.”