Alonso on last chance: “If it’s not enough, it’s what we deserve”

Fernando Alonso is taking a pragmatic approach to his final chance to qualify for his second Indianapolis 500, after falling 0.02mph short of guaranteeing a grid slot in today’s qualifying session. 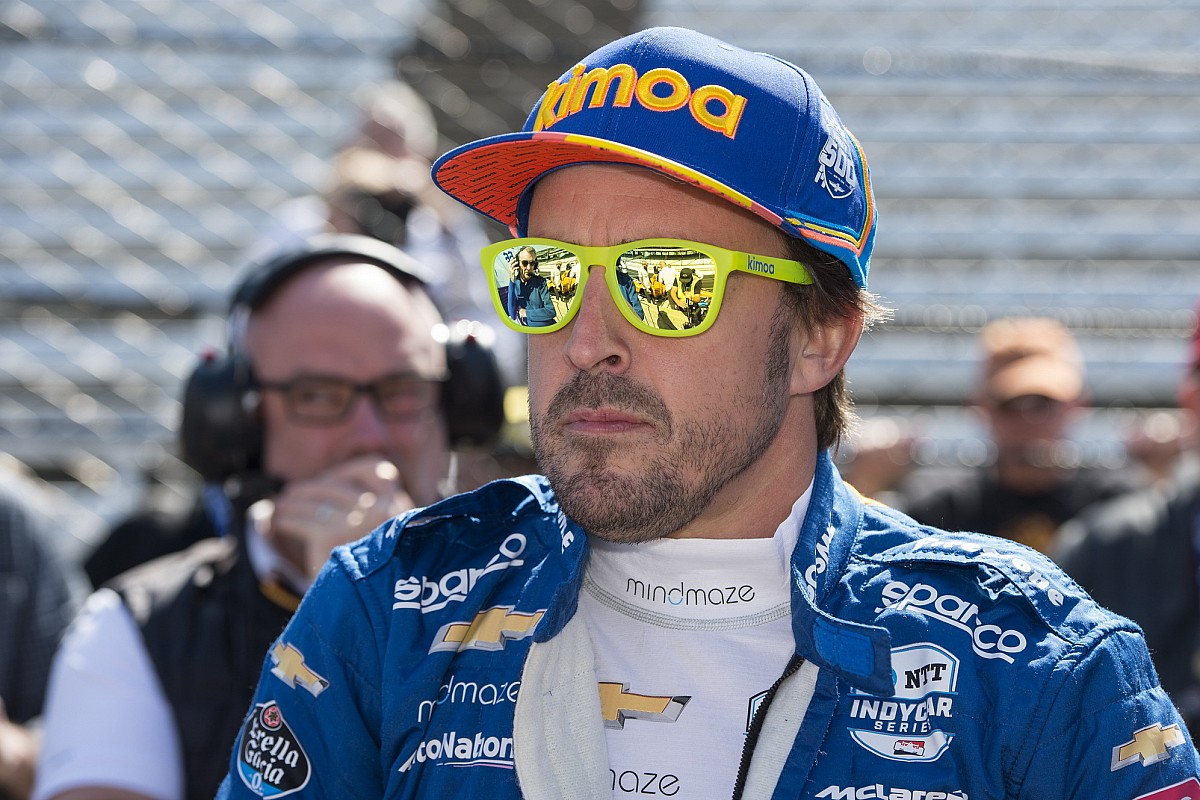 The McLaren Racing-Chevrolet driver’s fifth attempt at locking in a place in the Top 30 starters was 227.224mph, compared with 30th place qualifier Pippa Mann’s 227.244mph in the Clauson-Marshall entry, also powered by Chevy.

Weather allowing, this sextet will get 30mins of practice at 10.15am tomorrow, before making their one and only four-lap qualifying runs starting at 12.15pm. They will run in the order their chips were drawn on Friday night, which is as follows - Hinchcliffe, Chilton, Alonso, Karam, O’Ward, Kaiser.

Describing the drama of Saturday qualifying, Alonso commented: “It has been a difficult day again, difficult week in general but difficult day. The run in the morning maybe the conditions were not too bad. We thought that it was not a great number, but the teams were moving quickly and we went out around 1:00.

“So I think the conditions were OK, but we have a rear puncture at that time, so we wait now until the afternoon to see the conditions, see if they were a bit cooler, and they did. We took the chance another two, three runs to improve. We slightly improved the average lap, but yeah, it was not enough to be in the top 30 unfortunately, so we need to try again tomorrow, and now stay calm. Obviously it's a difficult moment for everyone in the team and for me, but there's not much we can do now.

“All four laps are flat out, it's not that you are lifting here and there, so you know, the speed that we have is quite not enough to be in the top 30. So we will try to do something overnight, But there is not much we can find from one day to the next. But hopefully it's enough to be in the top three positions tomorrow of the six.”

Asked about his approach to his next and final qualifying attempt, the two-time Formula 1 World Champion said: “The same as today. I think today I approached like they were the last four laps. You try to go in, and more or less you are happy with your run, but then when you see the times, it's not enough, obviously.

“Tomorrow we'll try to do these four laps clean, no mistakes, try to be flat all four, and then if it's enough to be in the top three of the six, we'll take it, and we will try to do a good race.

“If it's not enough and we are fourth of six, it's what we deserve; there were maybe three cars quicker than us. So nothing we can do more than that. Try to execute the runs tomorrow the best we can, and same thing we did today, stay calm, stay focused, and try to do a good job.”

“But yeah, they are out of the emotions and out of the environment that you are in at that moment. Maybe you jump out of the car, but for them it's like you were walking there. They didn't see what you were doing the last 10 minutes. So it's not something that they can control.

“You try to be nice with most of them, but I understand that a lot of them, they are not happy at the end of the day. So you try to do the best you can.”