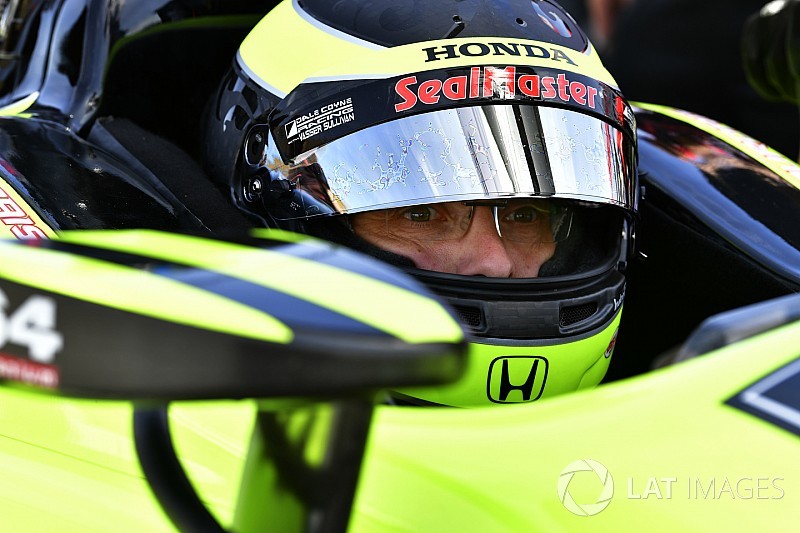 Sebastien Bourdais has been very critical of driving standards and IndyCar race control decisions, after finishing only 13th in the Toyota GP of Long Beach.

The Dale Coyne Racing-Honda driver, who scored his 37th Indy car win in the season-opening race at St. Petersburg, appeared to be a contender for second place until he was penalized, damaged and spun over the course of the 85-lap race.

“It was such a frustrating day,” said Bourdais who started ninth. “The car was really hooked up. I had a pretty good feeling in the warm up and the conditions stayed the same for the race.

“It was a tough call to start on Firestone blacks [primary tires], but I was confident it was the right thing to do as long as I could hold my position at the start and that is exactly what happened. Thankfully, the start was stretched, so I wasn't under attack until I was up to speed.

“Then I really started to push hard because I could tell the guys on red [alternate] tires were in conservation mode. So, I started to think this could be a pretty good day. I passed a bunch of cars, and when I got to [Scott] Dixon I held station. He was driving really well. He had the pace because he had saved his tires.

“We got to the first pit sequence and Dixon, I am sure, short-filled and jumped [Will] Power. We stayed on schedule and put on red tires, and at that point, it looked like the race was coming our way. Clearly, [Alexander] Rossi was on a different planet, but other than him we were right there.”

One lap after a restart, Bourdais passed not only Dixon but also two backmarkers, heading into Turn 1, but he was penalized for running over the pitlane exit, and made to drop back behind Dixon, who he immediately repassed.

“I got Dixon on the restart and Race Control deemed that a violation,” he said. “I thought that was interesting because I am not quite sure what I was supposed to do. I was committed. There was room and he didn't see me, so he came down on me and pushed me into the pit lane. If you get forced into the pit lane, I am not sure it is your responsibility.

“So, I got rather upset and I passed him right back. I was pretty happy about that.”

However, just as he and Dixon returned to pitlane, the full-course caution flew for a crash – ironically caused by his teammate Zachary Claman De Melo. The pits were officially closed, therefore, and while Dixon got serviced and was then penalized, Coyne told Bourdais to keep going through the pits without stopping and to return once the pits were open.

Said Bourdais: “Unfortunately, as a group, we took a chance to stay out too long and then it went yellow. Race Control could have waited a couple seconds before closing the pits, but they didn't and we went to the back where we had to race idiots.

“I was racing [Charlie] Kimball side-by-side and he gives me no room, and he bent both of my toe links on the right side. It was pretty much game over from there. I made a mistake because of it, trying to pass him again later into Turn 9. The car wouldn't turn anymore.

“Then Jordan King felt like a hero and took us out,” he continued. “After that, I had to deal with another idiot, Matheus Leist, who tried to crash both of us a couple of times.

“There really wasn't much to salvage after that. It's really disappointing. The car was good. I drove the wheels off it. Passed a bunch of guys and we have nothing to show for it."

Hunter-Reay admits his Long Beach race was “a complete nightmare”