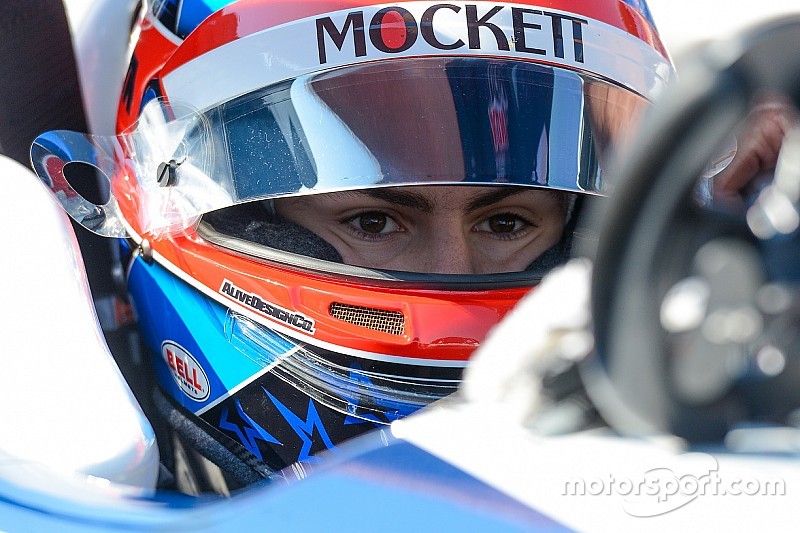 Colton Herta said there is more speed to find from his Harding Racing-Chevrolet ahead of his IndyCar race debut at Sonoma, but said he was happy with his test, despite knocking off the car's front left corner.

The Indy Lights championship runner-up is about to start his first IndyCar race weekend, as Harding expands to two cars for the first time and enters Herta and his erstwhile Lights teammate Pato O’Ward for their series debuts.

The 18-year-old, who first tested for Harding at Portland, told Motorsport.com: “It was good to get back in the car, good to get a few laps in before practice tomorrow.

“I wasn’t too happy with the car in the race runs earlier in the day but I think we sorted it out. We have a little bit to find in terms of qualifying pace, but when we were supposed to work on qualifying pace [in the final hour of the test], I threw it off the track.

“So I didn’t get to run the rest of the day unfortunately. We’d just put on new tires, but I had a little bit of a snap going into Turn 2, I rolled in a little too much speed and touched the wall. It was just enough to knock some of the [front-left] wishbones out of place. Luckily there’s no big damage so we shouldn’t have a problem tomorrow.”

Asked if he had the confidence to take a lot of speed into Turn 1 and up the hill, Herta replied: “Comparing to Pato’s data from when he tested here [last Thursday], we’re very similar. He was quick. Confidence isn’t a problem.

“It’s just a super-technical track and super-hard to get right and the biggest problem I’m having right now is trying to lay a fast lap down in one lap, which is important with how bad the tire deg[radation] is on this track. It’s tough because it’s something I’ve never experienced in any of the junior formulas I’ve raced in, so there’s a big learning curve. And obviously these other guys are really good at it…”

Just one tenth behind him was Marco Andretti ahead of Dixon’s title challenger Alexander Rossi on a 78.78, Ryan Hunter-Reay on 78.83 and Sebastien Bourdais fifth for Dale Coyne Racing with Vasser-Sullivan on 78.87.

First practice for the IndyCar finale begins at 11am local (Pacific) time.