IndyCar return to Japan would be “difficult” 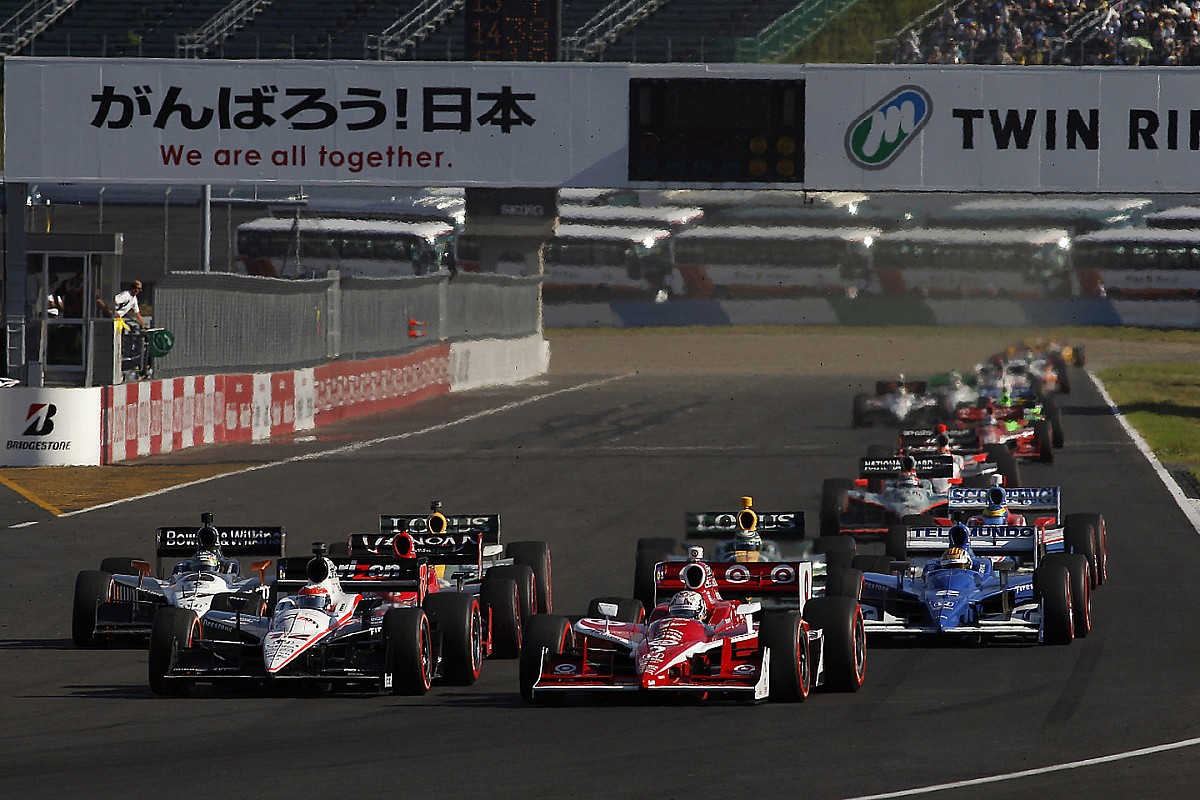 The chances of the NTT IndyCar Series returning to Japan for a championship race is not looking promising, according to Mark Miles, CEO of Hulman & Company, IndyCar’s owners.

Japan last hosted an IndyCar race in 2011 at Motegi, when the race had to be run on the three-mile road course because the Twin-Ring Motegi oval, used by IndyCar since 1998, had been structurally damaged by the devastating Tohoku earthquake.

IndyCar interest in Japan has remained high since Takuma Sato won the 2017 Indianapolis 500, and then went on tour with the BorgWarner Trophy in his homeland.

But speaking at Barber Motorsports Park today Miles said: “Philosophically, all of our Japanese partners would like to see us there, whether that’s NTT, Firestone [whose parent company is Japanese company Bridgestone] and Honda.

“It’s tough for us because generally we think the racing that’s international, outside of North America, should be at the beginning of the championship and that means January-Februrary and it’s difficult in Japan to find a time when the climate works.

“We’ll keep thinking about that and maybe there’s some way to do an event that isn’t necessarily a championship event.”

On international races in general, Miles said that he remains hopeful that a February slot or two could be filled by an overseas race.

“Our philosophy regarding international expansion is that we’re fundamentally a North American series but that there aren’t a lot of choices for us to race in February in North America, especially in the States. So that is an attractive time when it might be possible to race outside North America.

“It’s going to be one or two, and we have been actively looking for some time, trying to understand how to create a great value proposition and how to be in a place where it won’t be a one-off. We want it to be part of a tradition, to sustain a tradition or to start one.

“Everything has to line up, the economy has to be good, we have to put all the economics and sponsorships together, but I think it will happen eventually.”