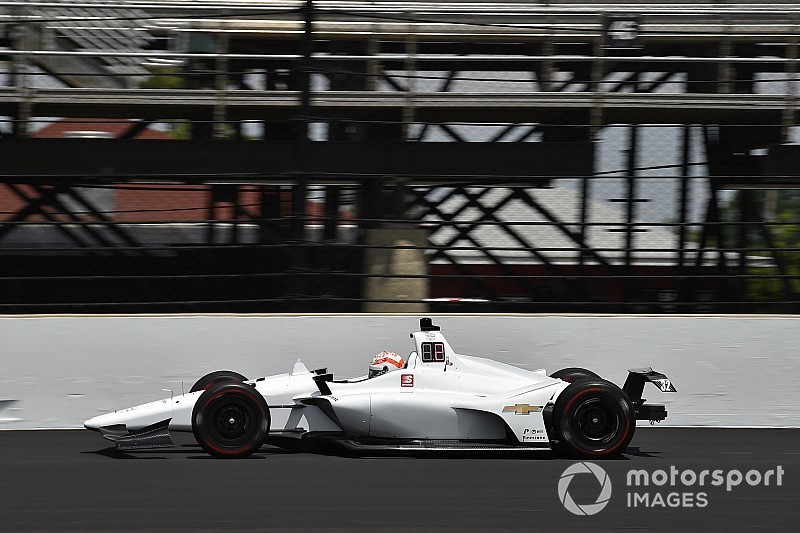 Juncos Racing’s already questionable entry into the 103rd Running of the Indianapolis 500 suffered a huge blow on Fast Friday when Kyle Kaiser’s car looped out of control and made heavy contact with the Turn 3 wall in the first hour.

The 2017 Indy Lights champion was commencing a qualifying simulation with the car trimmed out and running the 1.4-bar turbo boost that they’ll use for Pole Day and Bump Day this weekend.

The Juncos team's car has been fast in race trim, Kaiser having been in the top 20 in both the draft and in the no-tow speed charts, and he stated that the team would definitely find the money to race provided he qualified.

At Turn 3 on his first flying lap, the car’s rear stepped out, turned through 270 degrees and made initial contact with the SAFER barrier with its left front corner, which sent the car spinning the other way to make heavy rear contact. The car bounced into the air flipped onto its side and slid before coming back down on its belly, and spun down to the infield grass.

Kaiser gingerly extracted himself but went to the infield care center where he was checked, released and cleared to drive.

However, what he will be able to drive is more in question. The team has a spare tub but the car is short on spare parts and budgetary constraints – the team lost two main sponsors before practice started – left team owner Ricardo Juncos “uncertain” what the team’s prospects are now.