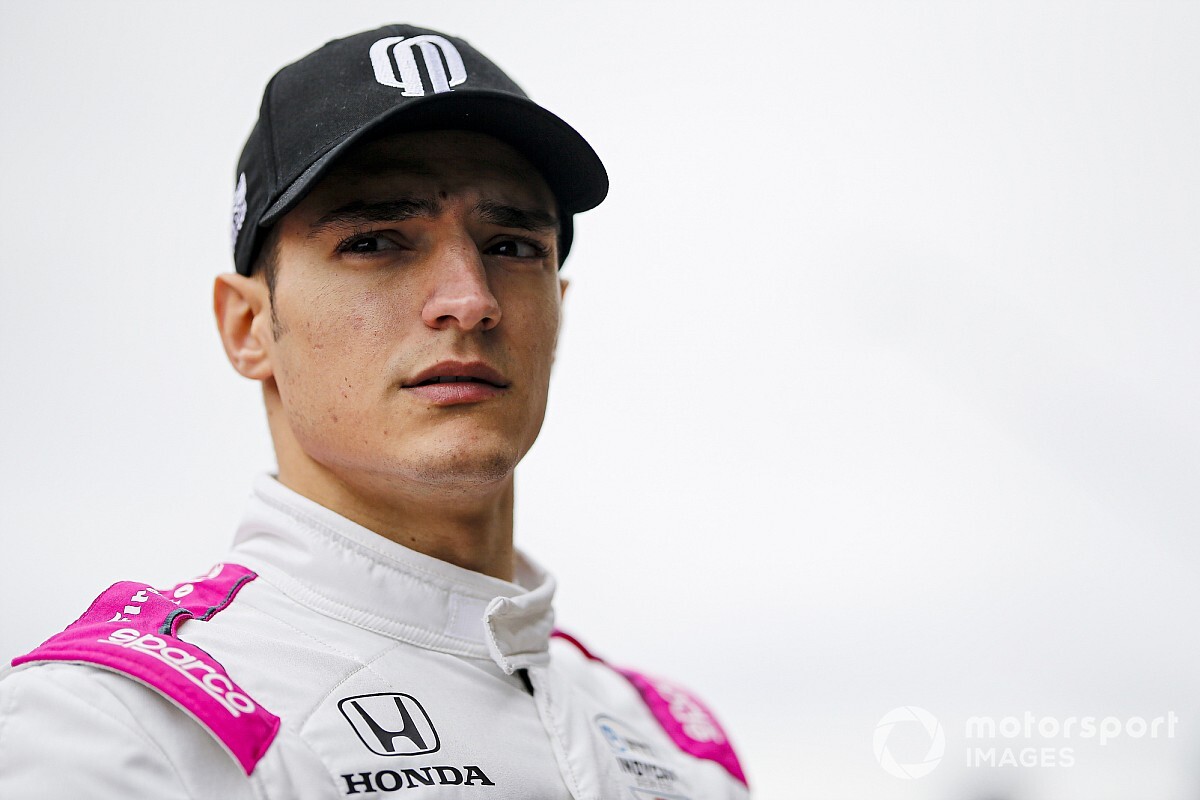 Alex Palou is excited to get his first NTT IndyCar Series season underway, but says he’s wary of being the only participant in Saturday’s Genesys 300 at Texas Motor Speedway who has never raced on an oval.

Last season's Rookie of the Year in Super Formula looked very strong in IndyCar Spring Training at Circuit of The Americas in mid-February, driving the Dale Coyne Racing with Team Goh-Honda. He also adapted well to his day of rookie oval acclimation at Texas Motor Speedway later that week.

But this Saturday’s Genesys 300 at TMS will be his biggest culture shock of all, as he hits the track with 23 other IndyCars. Fellow series rookies, Oliver Askew of Arrow McLaren SP and Rinus VeeKay of Ed Carpenter Racing, have at least gained oval racing experience in the Road To Indy series. But with the Covid-19 pandemic deleting Rookie Orientation Practice at Indianapolis Motor Speedway in April, and also robbing the series of all test time, and forcing the cancelation or postponement of the first eight races of the season, Palou feels underprepared for Saturday’s race.

The three rookies, plus Patricio O’Ward who has no Texas Motor Speedway experience beyond the February test, will get an extra half hour of running before ‘practice proper’ on Saturday afternoon, but by the end of the night Palou will have competed in his first ever oval event.

“It is going to be screwed, there is no other way to explain it,” Palou told Motorsport.com, “because it was difficult before, being a rookie and the only one on the whole grid that has never raced in an oval... But now it is even more, if they have taken away all the tests you had to do, if you have to debut in the most difficult oval three months after all this...

“It is an event all in one day, at night…. It is as if they had chosen it on purpose!”

“Considering I've only done half a day in an oval and one day with the IndyCar, it’s going to be screwed, but you have to take it as a test of experience, to learn what it is to be with 23 other cars on an oval, what it is to make five pitstops in one race instead of one...

“I really want to try to finish the race, and if we can, we will go for a good result, because we have a good car. Then we will have more time to better prepare the next ones.”

Palou, like VeeKay, has only recently returned to the U.S. having been locked out during the coronavirus pandemic that prompted national border shutdowns worldwide. Palou had gone back to his native Spain as those restrictions tightened because “with a pandemic like this it was going to be a long time, so I decided to take a risk and be able to be with the family and if something happened to me, I would have control and knew where the doctor was.

“Since I went to Spain I started looking for ways to return, but there were none,” he explained. “The only option I had was to go to Mexico, I had to spend 14 days [in quarantine], but thanks to IndyCar, the team and the RFEdA [Spanish Motorsport authority] I got an exception for elite athletes, which did not initially include motorsport. In the end they managed to include me to have permission to enter the US and [last Saturday] I managed to enter.”

Palou admitted his physical training took a hit during the shutdown, due to force of circumstances.

“The preparation has been very difficult because I couldn't go outside, I couldn't run,” he said. “I live in an apartment [in Spain] and had no garden, no bicycle.

“In the end thanks to some friends I was able to ride a roller and stay a little active with that and some TRX and so on. Then I went out to run when they left us and in Mexico I could push a bit more.”

VeeKay, like Palou, has now entered the U.S. safely, and will also be in action in the #21 ECR-Chevrolet on Saturday.