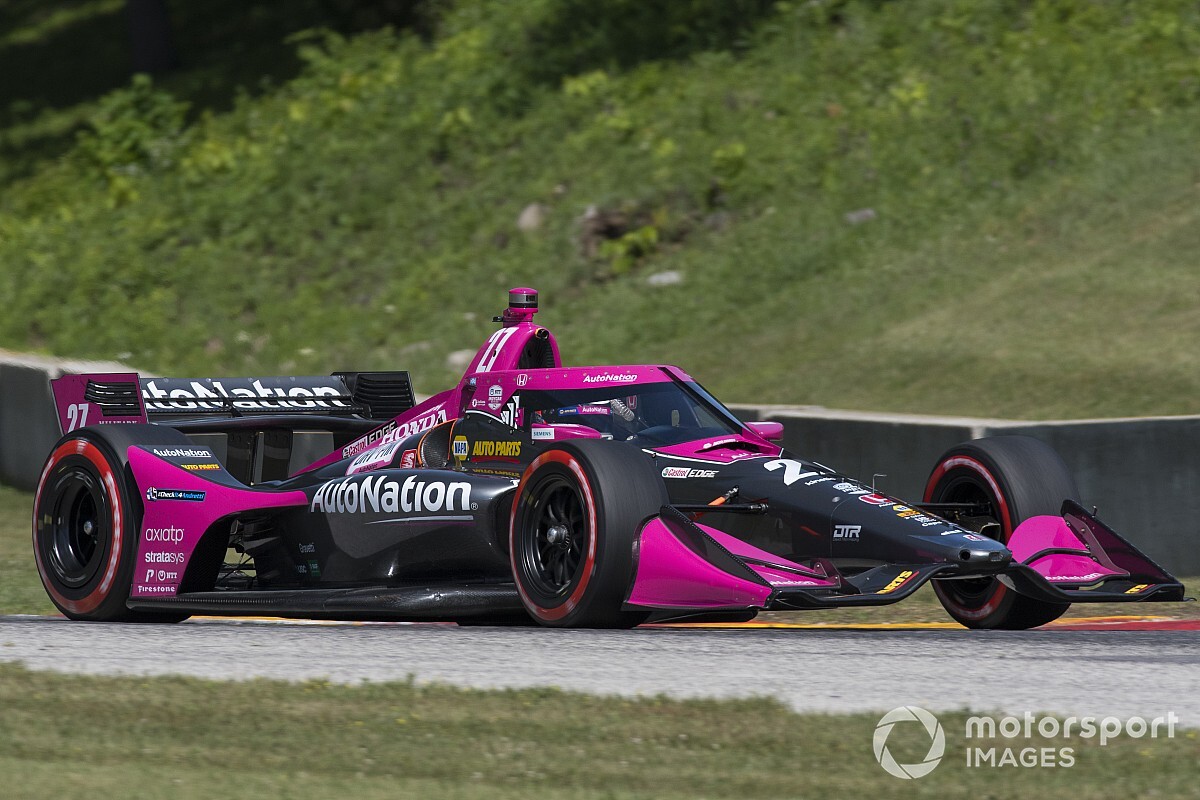 Andretti Autosport-Honda’s Alexander Rossi says that reduced on-track time is causing the apparent proliferation of errors among all IndyCar teams in paddock, in pitlane and on the race tracks.

Rossi, who took his first podium – indeed, first Top 10 – of the season in Sunday’s fourth round of the 2020 NTT IndyCar Series at Road America, said that ironing out all bugs and “finding limits” is often not possible before the crucial qualifying sessions and races.

Racing during this Covid-19 pandemic-blighted season has had a radical effect on IndyCar protocol. For instance, in order to keep teams on site en masse for as little time as possible at last weekend’s REV Group Grand Prix, despite it being a double-header weekend (another result of the pandemic), the schedule was quick-fire.

Between 75-minute practice and the qualifying session on Saturday there were just two hours, and barely more than that between qualifying and the race on both days. On Sunday there was no practice at all.

“I think in previous years, you had three practice sessions to kind of work through issues,” said Rossi. “If you have mechanical problems, they probably would show themselves way before you get to Sunday afternoon.

“If you're going to make a mistake, throw it off the track, probably do that before Sunday afternoon as well.

“So people are finding limits. It's a condensed schedule. You're trying to get a lot done in a short period of time. Very rarely are you able to answer all your questions in practice. Then it's straight into qualifying and the race.

“It's definitely a challenge. It's something that I think everyone is trying to adapt to and get better at. I think that's the main reason why you see so much of it.”

Rossi has been struck hard by misfortune, suffering ECU issues in the season-opener at Texas Motor Speedway, fuel pressure problems in both practice and the race at the Grand Prix of Indianapolis, and then having a mechanical problem that limited his qualifying performance for the Saturday race at Road America. He then went off on the first lap.

However, he feels the limiting factor is a lack of qualifying pace, although teammate Colton Herta in the Andretti Harding Steinbrenner entry has not had such issues, having qualified third, seventh and second for the last three rounds.

“Ultimately, we're not here to finish third,” said Rossi. “To kind of bounce back from the first three races, going into another doubleheader next weekend, it's positive to get at least a little bit of good momentum going in our direction.

“We kind of still suffered some mechanical issues yesterday. I made a mistake on Lap 1 that really put us back, kind of ended our race from the beginning. But I think overall our race pace was OK. We knew we had something. It was just about trying to put together a whole 55 laps with no issues…

“I think we still need to find some overall pace, especially compared to the Ganassi cars. Ultimately I don't think we're bad. We're much better than the championship shows…

“I think our race pace has been pretty good. I think our single-lap ultimate pace has not been what we'd expect. Going to Iowa [this weekend’s double-header], there's definitely going to be a big focus on that, making sure we can start in the top five at least, see where the day takes us from there.”