What time and channel is the Indy 500 today?

The 104th running of the Indianapolis 500 presented by Gainbridge is going to be unlike any other edition of the world’s greatest race because, unless you’re a participant, the only way to watch it is on TV. Here’s how.

In accordance with Indiana state health guidelines regarding the COVID-19 pandemic, track owner and IndyCar owner Roger Penske has had to exclude the fans, 250,000-plus of whom traditionally make this the biggest one-day sporting event in the world. The grandstands have been eerily empty through last week’s practice and qualifying days.

And seeing the inside of the track lacking fans on Carb Day (two days ago) was particularly odd. Traditionally, that is the day when not only does the NTT IndyCar Series run its final pre-race practice, there is also the Pitstop Challenge, the Indy Lights’ series gala event (the Freedom 100), and concerts.

The absence of fans has thrown the emphasis on NBC/NBCSN/NBC Sports Gold to broadcast the activities, and they have come through in style. We expect them to do the same today.

Mike Tirico hosts live pre-race coverage alongside guest analyst and former IndyCar driver Danica Patrick from the Yard of Bricks. Pre-race coverage will include NBC Sports’ lead IndyCar commentary team of Leigh Diffey, Townsend Bell and Paul Tracy, who will also call the race on NBC, as well as pit reporters Marty Snider, Kelli Stavast and Kevin Lee. Rutledge Wood will provide reports from around the track, and engaging with fans via social media throughout the broadcast.

How the grid lines up 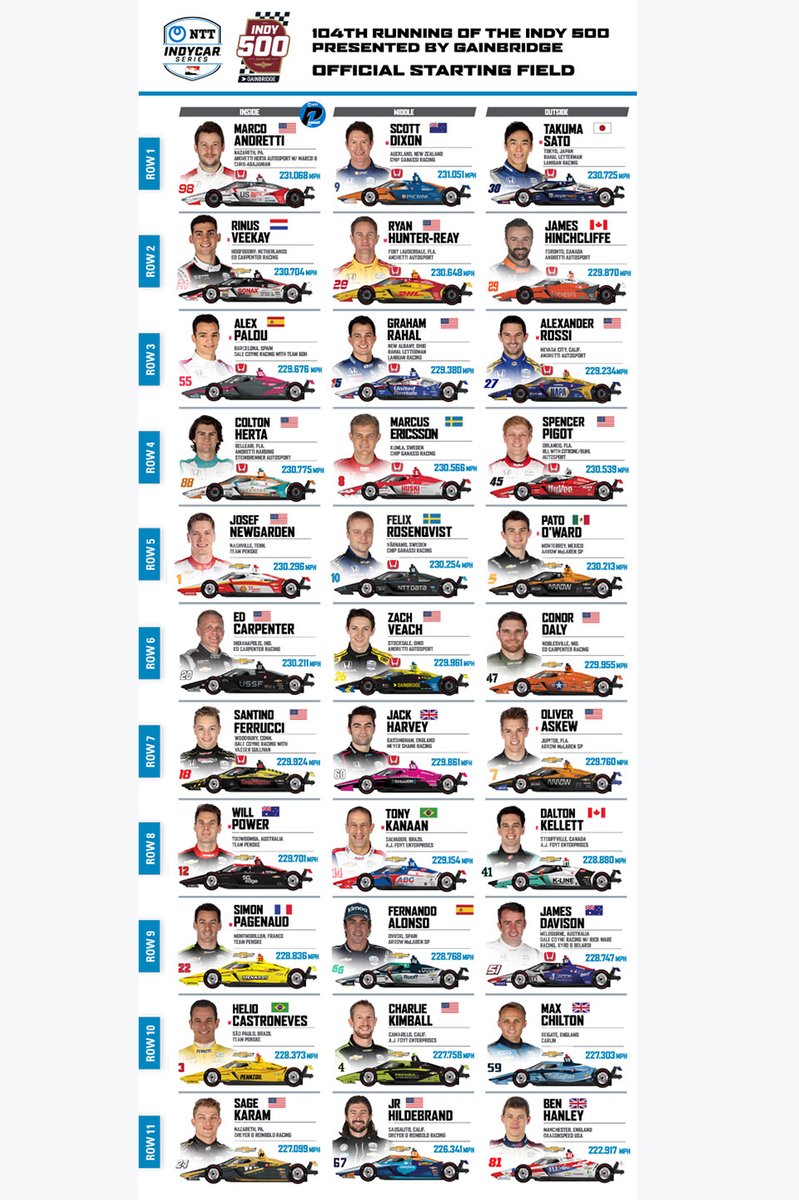 Return to Indy would be “very good for Formula 1”, says Todt