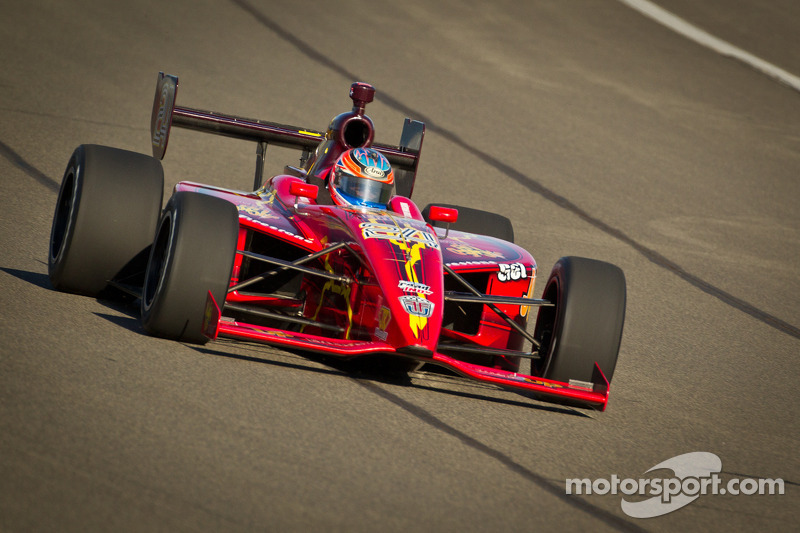 Fan Force United is entering the 2014 season with a new member of its ownership group: Tim Donahue

In addition to returning to the Indy Lights presented by Cooper Tires series with a new driver and a new energy, Fan Force United is also entering the 2014 season with a new member of its ownership group, welcoming long-time supporter Tim Donahue to the ranks of team ownership, joining Tyce Carlson and Chris Williams as principals of FFU. 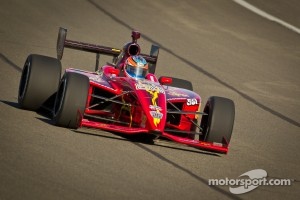 Through his company, AMG (Automotive Management Group), Tim has been a long-time supporter of the team, with his sponsorship stretching back more than five years. However, Tim shares that “My relationship with Chris (Williams) and Tyce (Carlson) goes back a long way---long before getting on board as a sponsor of the team.” Tim added “I met Tyce before he was Tyce, when he was just a young kid racing sprint cars. I was able to meet him through some old friends, and now I’ve known him for almost half my life. When I was finally in a position to get involved with him directly and deliver some sponsor dollars to his team through my company, that’s what I did. I started small and it just grew every year. It’s always made sense to both personally and professionally, and that support has been a great business investment as well. It’s been very satisfying to be able to support a good friend.”

Speaking to what keeps him involved as a sponsor and now as a team owner, Tim points to “The excitement of racing.” Adding to that, Tim said “there’s just nothing like it. I attended my first 500 in 1973. I was in awe. I can remember asking my dad, ‘are there real people driving those cars?’ I couldn’t believe human beings could actually do that. I was hooked. Like so many, I’ve made Indy a part of my life. I’ve only missed the 500 five times since 1973, and I don’t plan on adding to that number any time soon. Through my sponsorship of Fan Force United, I’ve made Indy part of the success of my business, and with my new role, really for the first time, I get to be a part of making that on-track excitement happen.”

Talking about his move into team ownership, Tim says that “Over the years, in working with the team, I saw some areas where I felt like I could apply some of my strengths to make the organization better. Even though I’ve been around and been financially committed, I wanted to bring my business experience and my contacts, and really add some value to the team. Plus, with the really good changes that are taking place with the series, it just seemed like the right time.

So I made my decision and approached the guys about taking on a larger role. I saw a big opportunity to really make this thing go, and I wanted to make sure that this team has every chance at being successful both on and off track this season. Now, with what is already in place with Scott, along with the plan to add a second car to go along with him, my being more active as an owner, especially with my role and influence in parts of the business community, would go a long way towards a new level of success.”

Looking to the future, Tim is optimistic: “Ultimately, our goal is to get back to the 500, to run full-time in IndyCar, and to be a player at every level of the Road To Indy ladder. Our 2014 Lights program with Scott, along with our second car, is essential to our development. I think that Dan Anderson and his people have done a lot of great work so far. There’s a new light being shed on our series, and I have a ton of confidence in him continuing to move things forward and in the right direction. That’s actually part of my excitement about becoming an owner. It feels like I’m getting in on the ground floor of a new era.”

Asked about his favorite Indy memory, Tim answered “Honestly, it has to be Tyce’s first year at Indy. To have a friend like that, and to be able to watch his dreams come true, I think it was just as exciting for me as it was for him. My feeling was ‘Tim, you better enjoy this, because this is as close as you’re ever going to get to being in this race.’”

Talking about Scott and looking toward the season to come, Tim shares that “Scott is a very impressive young man. He has the experience of being successful. He’s a competitor by nature because of his career in downhill skiing, and that has translated fairly well to his racing career. I’m just thrilled about his abilities, about what he’s going to do for us, and what I hope we’re going to be able to do for him.

To go along with what he’s already done on track, I think that Derek Daly’s long-term involvement in his career has been crucial and speaks highly to his prospects, and it’s pretty cool to have Derek’s confidence that this is the right step for Scott as well. We’re putting some great people with a ton of experience and a lot of success of their own around Scott, so we feel like we’re giving him everything he needs.”

Tim rounded out his thoughts, saying “I think you’re going to see some good things from this team this year for sure. We have good people and a big opportunity. I hope we do what we’re supposed to do, and I think we’re going to have a lot of fun doing it.”