MotoGP on TV today – How can I watch the Austrian Grand Prix?

The Red Bull Ring in Spielberg will host the fourth round of the 2020 MotoGP season on August 16. Here's how you can watch the Austrian Grand Prix from the comfort of your living room. 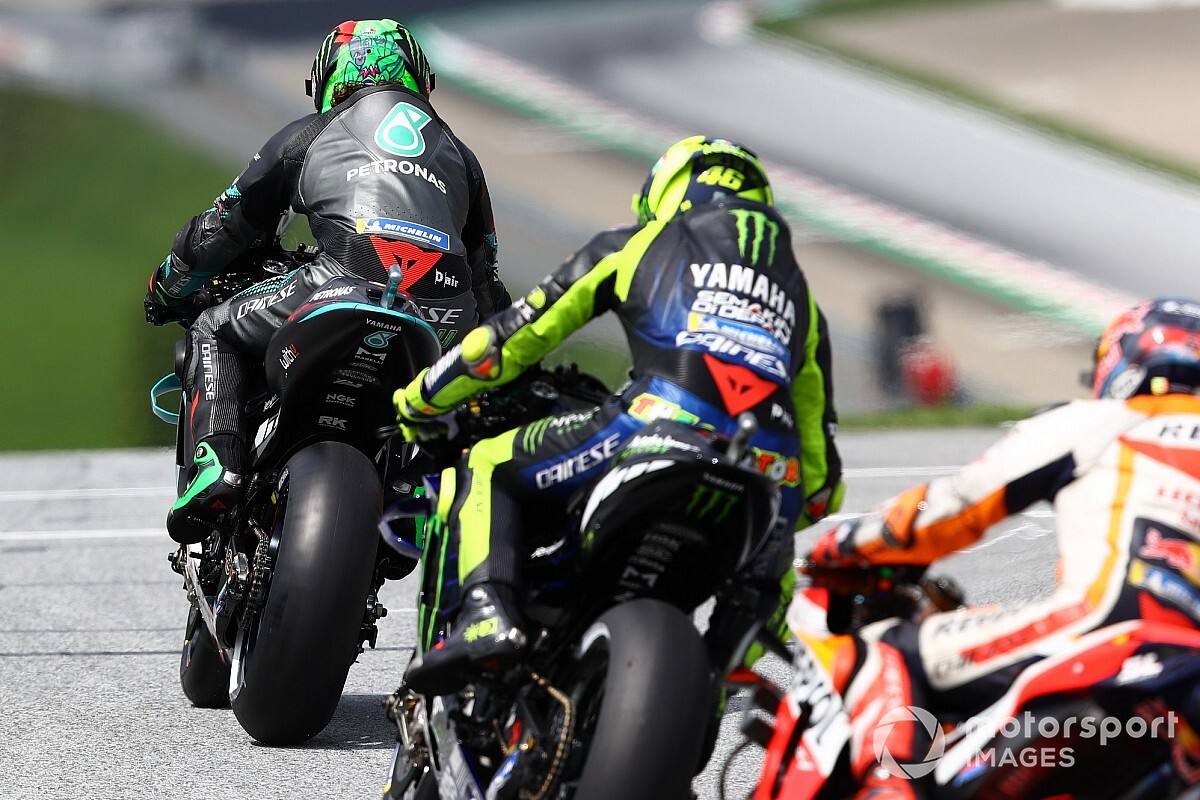 Andrea Dovizioso will start fourth for Ducati, a day after it was announced that he would split with the Italian marque at the end of the year.

He will share the second row of the grid with KTM's Pol Espargaro and Suzuki rider Joan Mir.

Valentino Rossi could only qualify 12th on the second of the factory Yamahas, half a second down on his teammate, with Repsol Honda riders Alex Marquez and Stefan Bradl - replacing the injured Marc Marquez - starting 18th and 19th respectively.

What time does the Austrian MotoGP start today?

The Austrian GP will get underway at the Red Bull Ring at 2pm local time (CEST) on Sunday. The race will be run over 28 laps and last approximately 45 minutes.

Can’t find your country or region in the list? Check the MotoGP schedule page for the broadcast times in your local timezone.

How can I watch the Austrian MotoGP?

The following channels will broadcast the Austrian MotoGP race:

Can I stream the Austrian MotoGP?

MotoGP offers its own on-demand streaming service for live coverage of grands prix. The MotoGP Video pass is available for an annual fee of 139.99 euros. Users also can subscribe to the service on a monthly basis for 29.99 euros. Several local broadcasters also stream MotoGP races online via their websites.

There is a high chance of thunderstorms at Spielberg on Sunday.