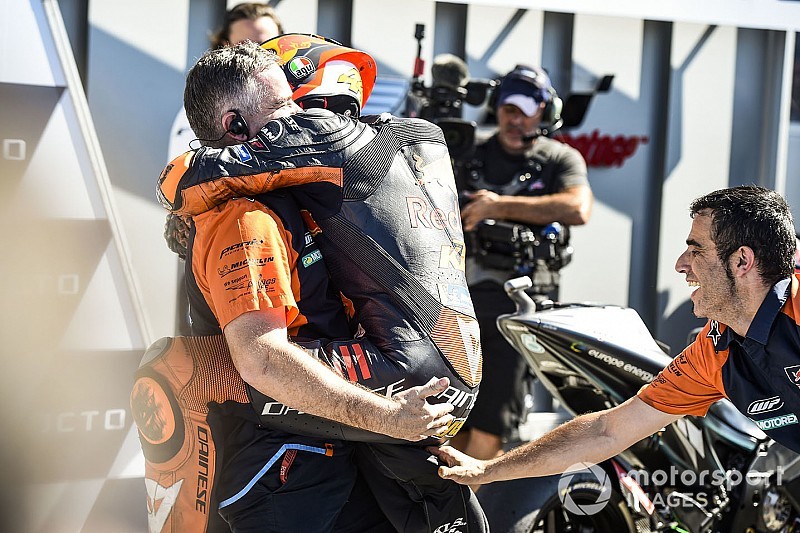 The works RC16s had looked strong all throughout the weekend, with Espargaro reliably towards the sharp end in practice and teammate Johann Zarco also making Q2 and qualifying eighth, the Frenchman's second-best grid slot of the year.

For Espargaro, this form was a consequence of the two-day test at the same venue two weeks prior, which allowed KTM to come into the race weekend in the best possible shape.

“In the test we had a lot of problems with the front wheels, I think most of the guys [did] - even looks like Ducatis now are struggling a lot with that part,” Espargaro explained.

“It's what I use to be fast - just on the brakes [is] where I recover, where I gain time, and in the test I had a lot of problems so we were working a lot with Dani [Pedrosa, test rider], we kind of improve at the end of that two days.

“But when we were home the guys [at the factory] continue working a lot, they come here with new ideas, the track improve a little and this help us a gain even more in that place, and I'm enjoying every time there's a hard braking, I can recover a lot of time.”

Espargaro felt KTM was able to take this much of a benefit from the Misano test because it normally suffers from a lack relevant data, given the frequent changes that the RC16 undergoes over a given season.

“It's what these big factories feel when they go in a track that we haven't been for one year, so hopefully in the future we can keep these new bikes coming, we can slow down a little [the development] and then enjoy a little bit the races, but it's what we need to do now, just keep improving.”

A visibly emotional Espargaro referred to the RC16 as “our baby” in the immediate aftermath of qualifying, and said that it was a special moment to see it among the top three in parc ferme.

Asked by Motorsport.com whether this was the proudest moment of his career, Espargaro said: “Yeah, for sure one of them.

“With good conditions on the track - it's a little bit slippery, but everything same for everyone - and to be here doing that, knowing how much we have worked together with [team manager] Mike Leitner, all the crew, to achieve that moment, it's unbelievable.

“So when I arrived to the parc ferme and I saw the two Yamahas and our orange rocket in the middle, I was fully proud. It was an unbelievable moment.” 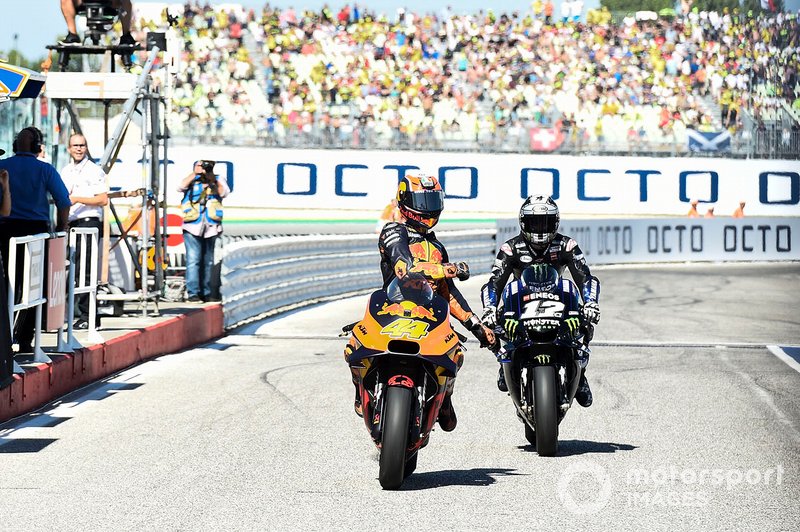