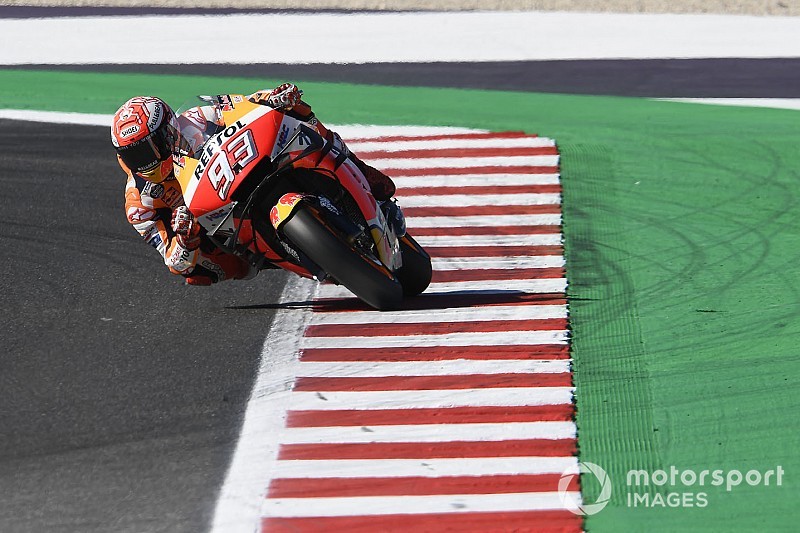 Franco Morbidelli took the early lead in the session with a couple of 1m33.8s and 1m33.7s, and the rest of the field needed several minutes to close the gap to the Petronas Yamaha rider.

Marquez eventually demoted him with a 1m33.6s, and the championship stayed ahead for the rest of the session - except for when Vinales briefly snatched the lead.

Petronas Yamaha duo Fabio Quartararo and Morbidelli ended up fourth and sixth despite spending most of the session in the top three, with LCR Honda's Takaaki Nakagami taking fifth.

Pol Espargaro was only three tenths off the pace in seventh, beating Suzuki duo Alex Rins and Joan Mir.

Valentino Rossi was the slowest Yamaha, as he set an identical time to Pirro in 10th.

Espargaro's KTM teammate Johann Zarco crashed at Turn 1 before he could set a laptime and did not re-enter the track for the rest of the session, clearly suffering from pain in his right leg after the accident.

Misano MotoGP - the race as it happened