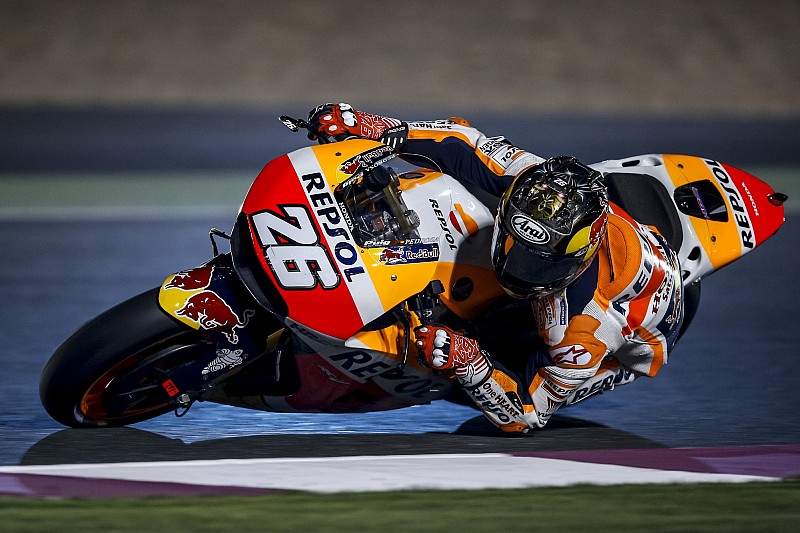 Honda MotoGP rider Dani Pedrosa says he is feeling “happier” on his bike than this time last year after a successful conclusion to pre-season testing.

The Spanish rider suffered his worst season since making his premier class debut in 2006 last year, as he struggled to adapt to the series' new Michelin tyres and missed three races late in the year with a collarbone injury.

But despite a difficult end to 2016, Pedrosa has been among the strongest riders during winter testing, finishing fifth fastest at Sepang, before ending both Phillip Island and Qatar third.

His performance at Losail was enough to put him a full half a second quicker than teammate Marc Marquez on the final day, and only 0.139s shy of pacesetter Maverick Vinales on the Yamaha.

"I'm happier than I was this time a year ago," said Pedrosa. "Obviously, we still have to improve different things, but we hope to bring that confidence to the opening race of the season.

"Our team has done a great job from the beginning, so we were getting back the feeling we didn't have [on Saturday], and then started to improve."

"We played a bit with settings and we got some more confidence. Then laptimes improved, the pace too. The progress made on the last three hours of the day was really positive."

The 31-year-old believes these changes, among others, have given him a much-needed shot in the arm ahead of the Qatar season opener next weekend.

"We changed a lot of things in the team," Pedrosa added.

"Last year we had a difficult situation, but we changed a couple of different things: tyres, bike, team members, and of course, I also changed things from myself; it's a bit of everything.

"This makes you start feeling confident, and that's a boost.

"It's difficult to know where each rider will be, but the most important thing now is taking all that confidence and those good feelings and to mix them with the motivation of the opening race, in order to give our best on track."

Cadalora: Working for Rossi the realisation of a "dream"