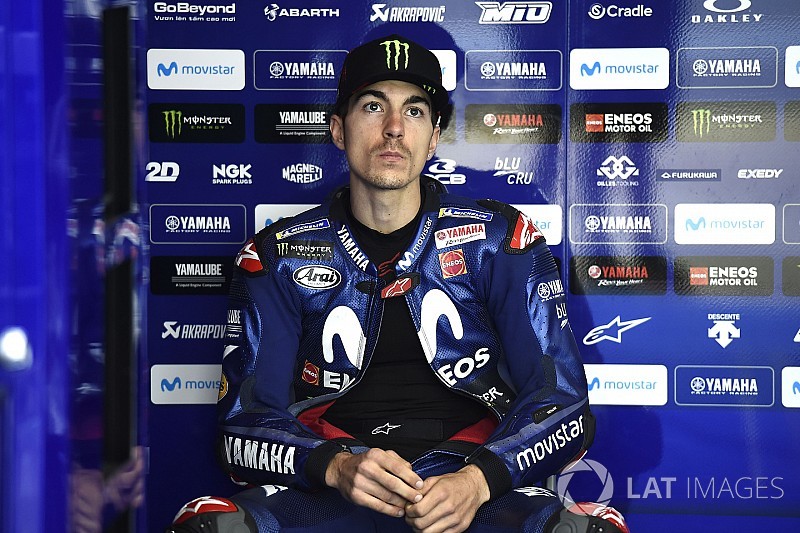 Yamaha rider Maverick Vinales says he is not “obsessed” about his winless streak in MotoGP that has now stretched to almost a full year.

Vinales opened his Yamaha career with back-to-back victories at the start of 2017 and followed it up with another win at Le Mans two rounds later to build a healthy lead in the standings.

But the Spaniard's form then dipped and he slipped out of contention for last year’s crown. He has taken just four podiums in the 15 races since, amid ongoing struggles to recover his feeling on the M1.

Speaking about his 11-month win drought, Vinales said: “When the victory comes, it will come. You have to work, get the most out of the bike and the truth is that it is not something that obsesses me.

“What obsesses me is to get a good result, have good feelings from FP1 and build a good weekend.”

Vinales admitted that Yamaha is “still not ready” after its problematic pre-season campaign but expressed encouragement over gains made in recent weeks, and believes he can return to his early 2017 level.

He holds fourth place in the standings, 17 points off leader Cal Crutchlow, having followed up sixth in Qatar with fifth in Argentina.

“These two races have been good to understand many things for us, the way to go with the bike, especially with the electronics,” Vinales said.

“It was important to stay on the bike, get some points, get a good feeling especially at the last part of the race I felt really good with the bike.

“I think if we improve just a few things we can be as strong as last year so I can't wait to start and push every corner.”

Lorenzo: Stewards, not riders, at fault for MotoGP aggression