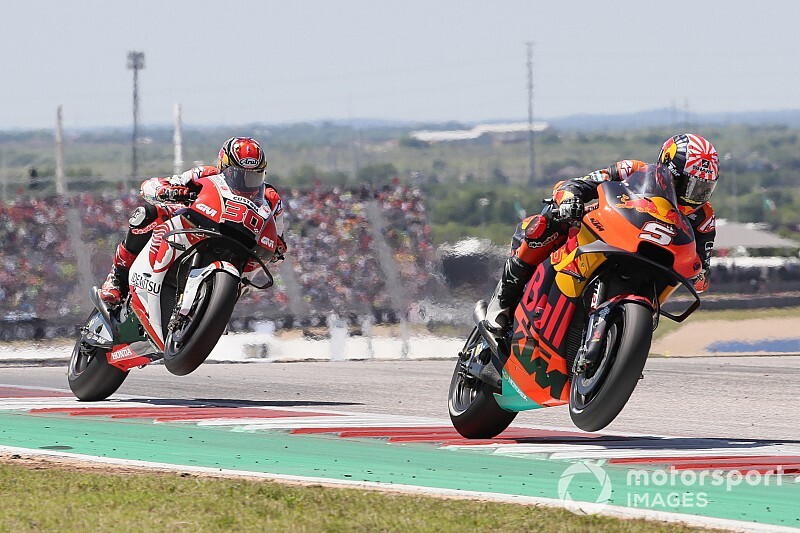 Johann Zarco is set to replace Takaaki Nakagami at LCR Honda for the last three rounds of the 2019 MotoGP season, Motorsport.com has learned.

Nakagami is suffering from a similar shoulder problem to the one that afflicted Marc Marquez last season, and for which the world champion had surgery last December.

The fact that Marquez's recovery was slower and more complicated than expected has encouraged Nakagami to bring the operation forward to after his home race in Japan next weekend.

Zarco has been on the sidelines since splitting with KTM last month. His deal with the team was supposed to run to the end of 2020, but after struggling in the first half of the season the two parties agreed to separate a year early, before KTM brought his exit even further forward.

LCR and Honda declined to comment on the situation, but a statement officially confirming Zarco's appearance is expected within the next few days.

Though Zarco is still under contract to KTM to the end of 2019, Pit Beirer - the head of its racing division - said recently that he would not prevent his outgoing rider from getting on a competitor's bike before 2020.

Zarco had been expected to return to the Yamaha fold for 2020 in a testing role, having starred with its former satellite team Tech 3 before his ill-fated KTM deal.

Honda had targeted Zarco for this season as potential teammate to Marquez before he picked KTM.

The three races for LCR give Honda a chance to assess how Zarco would perform on its year-old bike in competitive circumstances.

Honda currently faces a dilemma over Jorge Lorenzo, who is contracted to the works team alongside Marquez for 2020 but who has struggled badly since joining the team and shows no prospect of being able to turn the situation around at present.

Nakagami has long been expected to keep the LCR seat into 2020 but his deal has not yet been completed. At Buriram last weekend he said the matter was "almost" sorted and he hoped to be able to announce it "as soon as possible".