Before Alex Bowman could win his first Monster Energy NASCAR Cup Series race he needed to take ownership of the possibility. 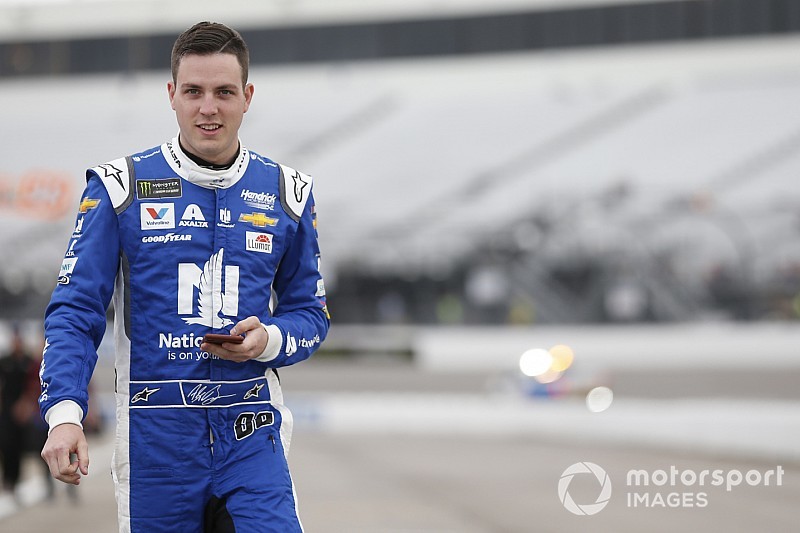 Bowman’s crew chief, Greg Ives, said one of the biggest things Bowman did that led to his first career win Sunday at Chicagoland Speedway was take ownership of the No. 88 team.

Bowman, 26, was handed the keys to the No. 88 team at Hendrick Motorsports at the start of the 2018 season after Dale Earnhardt Jr. decided to retire from fulltime NASCAR competition.

At the time, Bowman hadn’t won a race in any of NASCAR’s three national series and for most of his first season the No. 88 was referenced more as Earnhardt’s former ride than Bowman’s current one.

“It is true that we just have to go out there and know that nothing is going to be given to us. It’s up to us as a team to know where we’re running and what we need to do to get better and to improve,” Ives said Sunday night after the victory.

“Over the course of the last few months, we’ve been able to do that, and I think that's really been the key – Alex stepping up as the leader of the team and this becoming Alex’s team rather than the No. 88 team of Dale and past teams.

“Take nothing away, he had to just make it his own identity, and he’s been able to do that.”

Learning from past losses

Bowman’s run earlier this season of three consecutive runner-up finishes put him back into the 2019 playoff picture but also seemed to re-ignite his desire to get the ‘0’ in the win column monkey off his back in the Cup series.

“Finishing second there I think has been valuable for us to learn and grow as a team. Just kind of like what happened (Sunday) almost mimicked what happened in Kansas,” Ives said.

“But, I think Alex had some experience behind him which allowed him to understand that Kyle (Larson’s) car was going to adjust and change a little bit when he got out front, and he just had to stay after it and attack.

“Sometimes if you feel beat, you’re going to get beat, and I felt like he had that experience to know he still had an opportunity, and he took advantage of it.”

Bowman said his first career Cup victory – which clinches a spot in this season’s playoffs – will likely change his approach at the race track, even if unintentionally.

“It’s something that kind of relaxes me in the sense that I feel like I can finally say I deserve to be here,” he said. “But there were definitely sometimes I was very worried about it. It made going to the race track not a lot of fun. But glad we’re having a lot of fun now.”

Ives had already noticed the change before Sunday’s win.

“I think that’s been a big contributor to our success, and him being the leader – becoming a leader on the team and coming in with a little swagger each week.”