Martin Truex Jr. doesn’t think too much should be read into Hendrick Motorsports’ rebounding performance Sunday at Chicagoland Speedway. 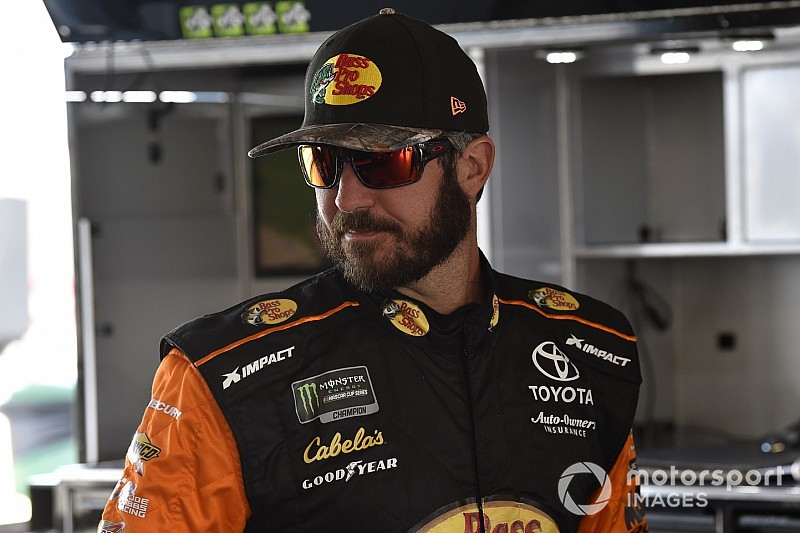 Alex Bowman earned his first career win in the NASCAR Cup Series Sunday as all four HMS drivers finished 11th or higher in the Camping World 400.

Three of the four – Bowman, Jimmie Johnson and William Byron – also took turns leading the race, combining to lead 107 of the 267 laps.

The performance stood out in particular because Joe Gibbs Racing had won 10 of the season’s first 16 races, with teammates Truex and Kyle Busch tied for the series lead with four wins apiece.

Asked after Sunday’s race if he felt Hendrick’s strength was just in that race or a new trend, Truex said: “I think it’s just one race. You look at these things and you come to these tracks now with this package and every track is just so different. I can’t stress it enough how different it is.

“You only get two 50-minute practices and we came here, and we were totally lost for the first whole practice and then two-thirds of the second practice and it’s like, if we had another 30 minutes, we could have been so much better.

“It’s one of those things where all these tracks are so different, and they want just a different package all together that the first time here is hard to hit it. Clearly, (Hendrick Motorsports) hit it out of the park because they were fast right off the truck.”

Sunday’s race was a struggle for JGR.

Busch tagged the wall early in the event and ended up finishing a lap down in 22nd. Truex overcame a slow start to finish ninth. Denny Hamlin had two pit road penalties and finished 15th while Erik Jones got the best result for the organization with a seventh-place finish.

Together, JGR drivers led just six laps in the event.

Truex was also asked if he felt HMS engines had made gains in their performance, since the second-place driver, Kyle Larson, also used an HMS engine.

“It’s so hard to tell engine-wise,” Truex said. “I feel like we’ve been a little off on the straightaways all year long and it shows up qualifying. We qualify 10th to 20th on these types of tracks so we definitely have a little bit to learn there.

“Not sure, it’s hard to say its engines or body or setup. When our cars go through the corners good, we’re as fast as anyone. I don’t know, there’s so many things you can work on with these cars nowadays, it’s hard to know exactly what to do.”