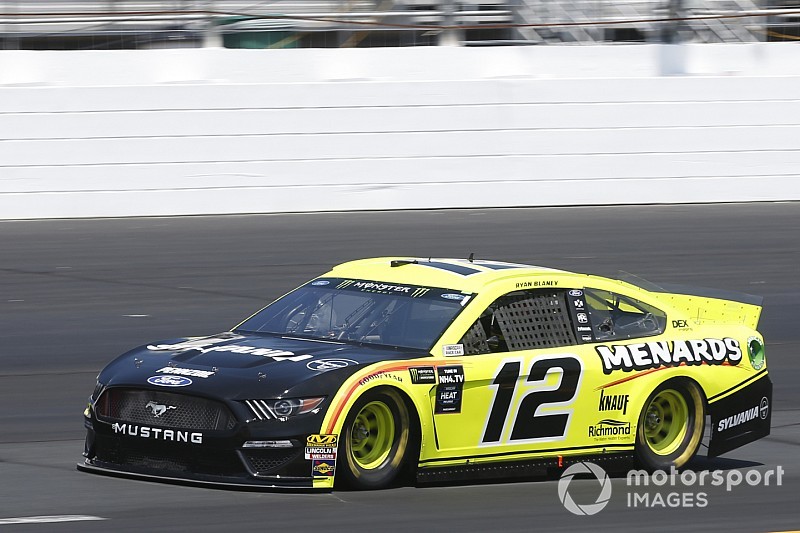 Blaney also led the way among the drivers who ran at least 10 consecutive laps with an average lap speed of 132.687 mph. Kyle Busch and Keselowski were second and third, respectively, in that category.

The final practice ended up being an eventful one.

Just over 22 minutes into the 50-minute session, Bowman spun and hit the Turn 1 wall for the second time this weekend. Bowman was already in a backup car, having wrecking his primary car in Friday’s practice.

“I don’t even know how I did that, I wasn’t even loose,” Bowman said over his team radio after the incident.

It appeared Hendrick Motorsports was pulling out Johnson’s backup No. 48 car to prepare as the No. 88 team’s third car of the weekend. Bowman’s crew chief, Greg Ives, called a team meeting in the hauler shortly after the incident.

Bowman was one of five drivers who already had to move to the rear of the field before the start of Sunday’s Foxwood Casino 301.

“For Alex and the team, you just have to keep track of the big picture here. We have to stay focused and not panic and go out tomorrow and do the best we can in the race," said Jeff Andrews, HMS' vice president of competition. "Different situations. Certainly yesterday was not Alex's fault as we had a mechanical failure there with the drive-line. Today, we are not really sure what happened there at this point and time. We just need to get the best car under Alex and the race team for tomorrow.”

About eight minutes into the session, a caution was displayed for debris when Matt DiBenedetto shredded his left-rear tire. Practice resumed shortly thereafter.

Unfortunately, 35 minutes into the session, DiBenedetto experienced the same problem with the same tire, which again placed the track under caution.