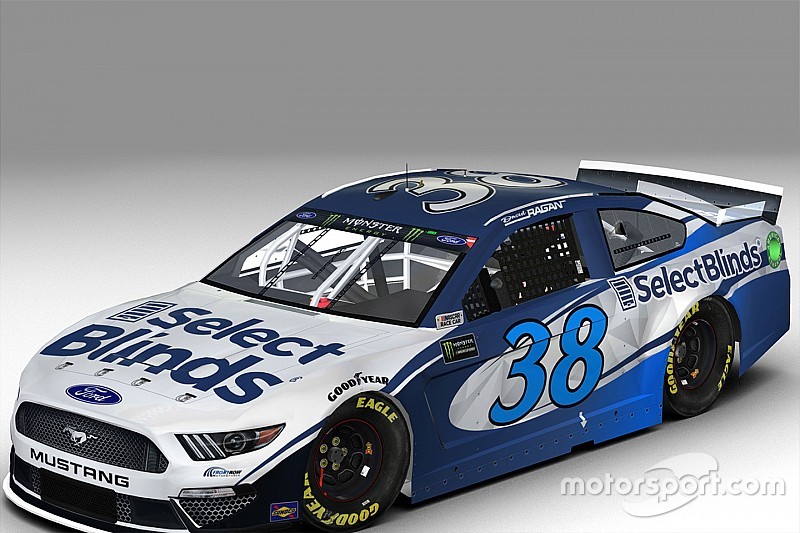 Steele, the co-founder and CMO of SelectBlinds.com, purchased one of Ragan’s No. 38 Monster Energy NASCAR Cup Series cars in the recent Barrett-Jackson auto auction in Scottsdale, Ariz. The car’s livery promoted the Shriners Hospitals for Children and the proceeds went to that organization.

On Tuesday, Front Row Motorsports announced that SelectBlinds.com, a leading retailer of custom window coverings, will sponsor Ragan’s current No. 38 Ford beginning with the season-opening Daytona 500.

SelectBlinds.com will also serve as primary sponsor for the first Phoenix race, the Coca-Cola 600 in May and the fall race at Las Vegas. The company will be an associate sponsor all season.

“You really can’t find more passionate and dedicated people than NASCAR race fans,” Steele said. “We are thrilled to announce our partnership with Front Row Motorsports and David Ragan to introduce our products to them.

“Meeting David, his values align with ours. He puts family first and thinks of others, too. This is going to be a great relationship and we can’t wait to start at Daytona.”

Ragan, 33, said he is looking forward to debuting the new partnership at Daytona, where he has one victory and five top-six finishes during his career.

“Rick and the team at SelectBlinds.com have been great to work with,” Ragan said. “They have really stepped up in a big way to support our race team and they’ll make a big impact at the Daytona 500.

“It makes me excited to get to Daytona, kick off our season, and have a great run with them.”

NASCAR Roundtable: What to expect at Talladega this weekend