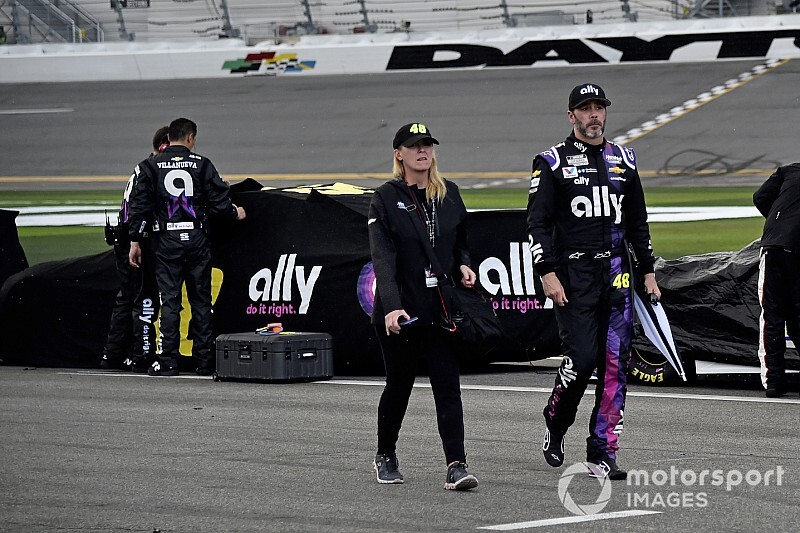 President Trump got to start the engines for the Daytona 500, but not much more of it ended up completed on Sunday.

Following two lengthy rain delays and only 20 of 200 laps completed, NASCAR finally called off the event around 6:50 p.m. ET.

The race has been rescheduled for 4:05 p.m. ET Monday and will be shown live on Fox.

NASCAR was able to complete all its pre-race pageantry, including a brief speech from President Trump, his command to start engines and a lap around the track in the presidential limo.

But just as the race was set to begin, rain caused the cars to be immediately sent to pit road.

The track never got dried to restart before very heavy rains – part of a large front – set it before 7 p.m.

After returning to the infield and the cars were preparing to take the green flag for the first time, Trump cut into the NASCAR channel with a message to all the drivers, “Drivers: this is President Trump; it was an honor to open the Daytona 500. Have a phenomenal day, a great race, be safe. 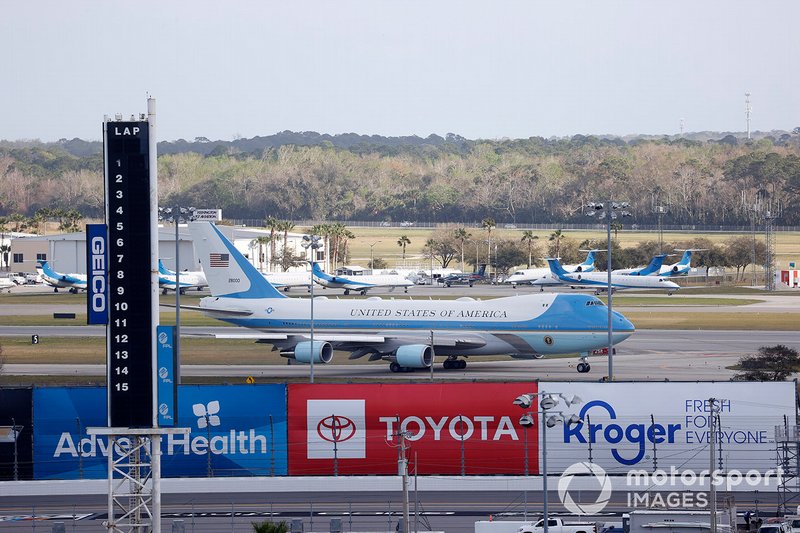 Air Force One at Daytona