Logano eliminated: "Just wasn’t our year to make it, I guess" 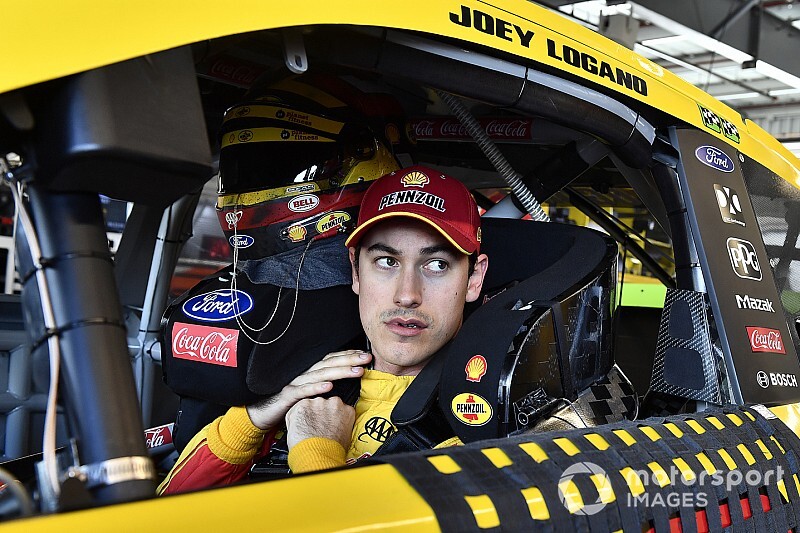 Joey Logano apparently ended up one pit road adjustment away from being able to defend his 2019 NASCAR Cup Series championship.

During much of the first two stages of Sunday’s Bluegreen Vacations 500 at ISM Raceway near Phoenix, Logano looked almost unbeatable.

He led 93 of the first 176 laps and took the Stage 2 victory before he lost the handling on his No. 22 Ford and went from leading to a lap down in the span of 60 laps.

After pitting during the break between Stages 2 and 3 on Lap 168, Logano came out with the lead but on Lap 177, Denny Hamlin passed him for the lead and Logano began dropping back through the field.

Asked after the race what he thought happened to his car, Logano remained perplexed.

“No clue. I went from a car that could lead and win a stage and run really well, and from what they told me, it was an air pressure adjustment made it go from a winning car to can't stay on the lead lap, and one of the tightest things I’ve ever driven,” Logano said.

“I don’t really understand it. It doesn’t make any sense. You change tires and change a half pound of air – that sounds ridiculous. It is what it is. Just wasn’t our year to make it, I guess.”

Logano didn’t need a win to make the Championship 4 – he came in with a 20-point advantage over fifth place in the playoff standings.

Logano finished ninth in the race but with Hamlin’s victory and Kyle Busch’s runner-up finish, Logano ended up fifth in the playoff standings, missing the opportunity for a second consecutive championship by seven points.

“We’ll fight for fifth, I guess, in points for this year, and we’ll move on,” Logano said. “It stinks. It hurts a little bit, but we’ll live.

“Everything is going to be okay. Life is a lot worse in other ways for some. We’re still fortunate to be here and get to do what we love. It’s a bummer for sure.”

Logano said missing the cut for the Championship 4 won’t change his approach next weekend in the season finale at Homestead-Miami Speedway.

“We’re going to go there to win. Our goal doesn’t change. Our goal is the same whether we’re in the playoffs or not – it’s to win,” he said. “We’ll go down there and prepare the same way we were going to and win the race.

Blaney gambles, but two-tire call "not enough" to advance