Kyle Busch's plan to remain in the playoffs: "Race it out"

When it comes to giving himself a chance to remain in this season’s playoffs, reigning NASCAR Cup Series champion Kyle Busch plans to leave the outcome to his racing. 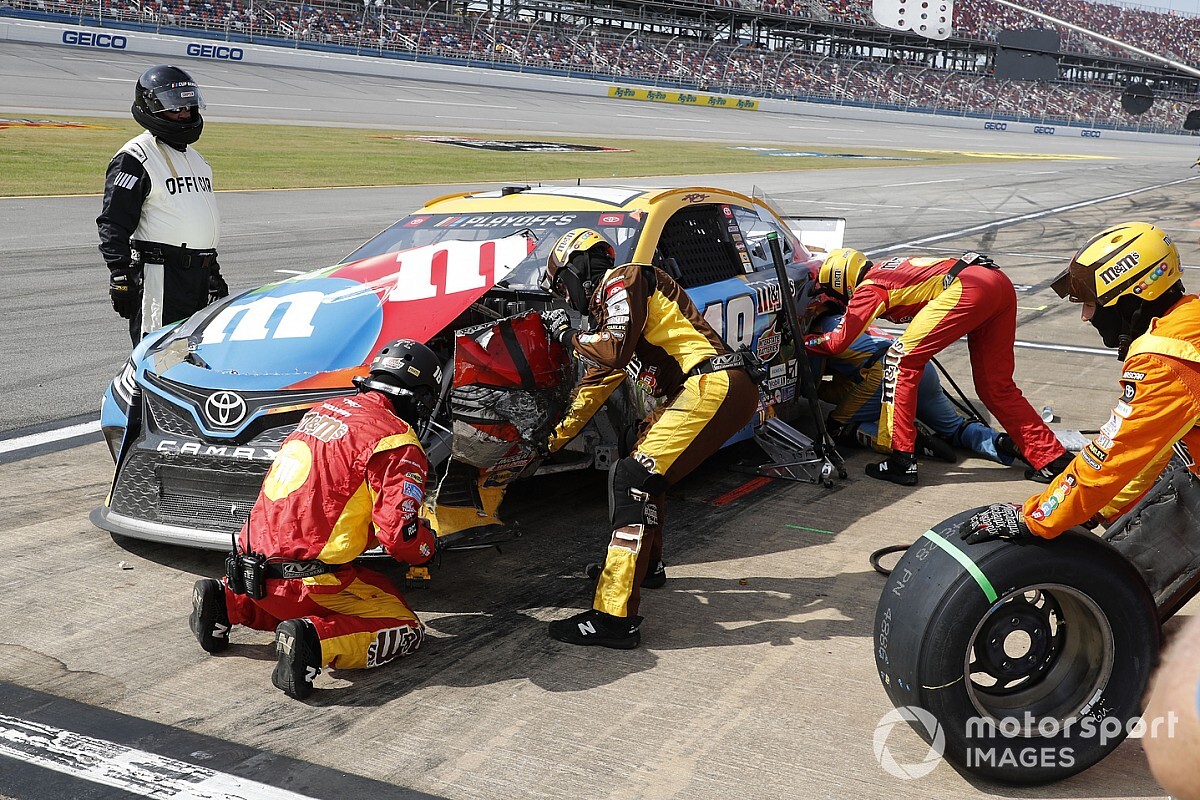 There are both bad and good aspects to that choice of action.

On the one hand, Busch has proven to be a solid road-racer in his Cup Series career, with four road course victories and 19 top-10 finishes.

However, his two previous visits to the Charlotte Roval – site of Sunday’s Round of 12 elimination race – have resulted in 32nd and 37th-place finishes. In his only previous road course race this year, he ended up 37th on the Daytona Road Course with brake issues.

Nonetheless, Busch, who sits 21 points below the cutoff to advance to the next round on points, plans a direct attack on Sunday that could come with guaranteed results. Should Busch win on Sunday, he’s in the Round of 8 regardless of points.

“Just race it out. Race as best we can, as good as we can,” Busch said of his philosophy entering the weekend. “I felt like at the Daytona Road Course, it was going okay for us. Made a lot of mistakes early on in the race and we were still up to second and trying to chase down (Chase) Elliott there towards the end … then we ended up having all of our brake failures.

“For as far off as we’ve been at the Roval, that was certainly a big step in the right direction at the Daytona Road Course, so we’re taking some of that similar philosophy there in order to see if we can’t improve on how our cars drive at the Roval.”

While his two previous races on the Charlotte Roval have not gone well, Busch hopes he and his No. 18 Joe Gibbs Racing Toyota team have can at least utilize their past experiences to be better prepared this weekend.

“The last two times we’ve been there, it just seems that we don’t quite have all of what we’re looking for. We were going to have a decent run maybe the first year, maybe a third or fourth place finish and then last year we were destined for a top-six,” he said. “Each year we get caught up in stuff.

“The first year following (it was) everybody off the cliff into Turn 1 and then last year getting hit on a restart with somebody making a three-wide move getting into (Turn) 1 and caused damage to our car, got a flat tire and never recovered. Just unfortunate circumstances.

“We just have to keep ourselves out of trouble. That’s hard to do on such a tight circuit with a lot of stuff going on and a lot of guys making desperation moves and us needing to make some desperation moves, too, most likely.”

Frustrated at his performance this season – he’s still looking for his first win of the 2020 season – Busch predicted in previous weeks he didn’t expect to advance past this round.

“Having Talladega and the Charlotte Roval both in the same round for us is worst case scenario that’s absolutely possible. It’s a tough round for us and this team with the luck we seem to have, especially this year,” he said. “But anything can happen.

“You can go into this race and work your guts out and finish second in each and every one of the stages and yet still get beat out by somebody else by points or finish second to (Alex Bowman) winning and he transfers on or whatever it might be.

“The fact of the matter is that it’s going to come down to attrition and seeing what happens in the race and just playing it out the whole way and hoping that you’re not in the attrition.”

What time and channel is the NASCAR Cup race at Charlotte today?